The ferry service will take longer than the current route through the UK, but with new border checks in place it could make sailings more efficient. 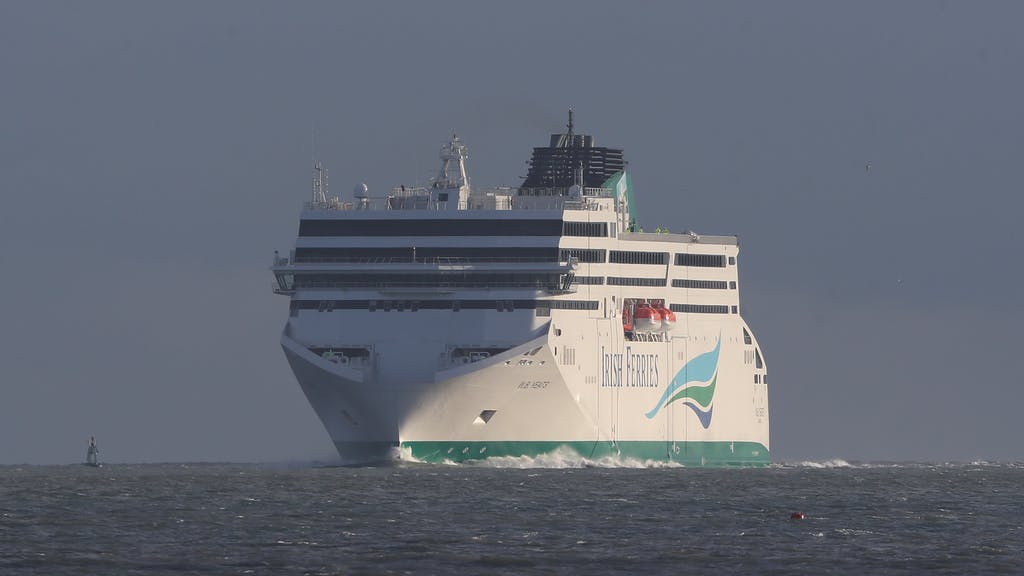 Direct daily ferry sailings between Ireland and France are set to launch from January in order to bypass Brexit mayhem in Britain.

UK trading routes with the EU are expected to face “significant disruption” when the Brexit transition ends, regardless of whether a trade deal is agreed, with checks required on goods and permits needed just to enter the coastal county of Kent.

Ministers have warned hauliers they could face queues of up to 7,000 lorries at the main Channel crossings after December 31st, with disruption more likely than not.

Dublin and Rosslare to Cherbourg

But in a bid to bypass the chaos entirely, Stena and Irish Ferries will start running new direct services from Dublin and Rosslare to Cherbourg in France to provide hauliers with a frequent service with continental Europe.

The ferry services will take at least 18 hours, making the journey longer than the current direct route through the UK to mainland Europe favoured by hauliers transporting time-sensitive loads.

But with border checks in place congesting the “landbridge” route, it could make the sailings more efficient.

The ferry companies plan to run alternate week schedules on their ferries to Cherbourg so that there is a direct, roll-on, roll-off ferry service for lorries every day from next year.

Irish Ferries will operate a Monday, Wednesday, Friday and Sunday service one week from Dublin to the port, in addition to their usual Tuesday, Thursday and Saturday weekly departures.

Stena will continue its service between Rosslare and Cherbourg on Tuesdays, Thursdays and Saturdays and plans to add a Monday, Wednesday, Friday and Sunday service on the week Irish Ferries does not sail on these days from Dublin to ensure a daily service between Ireland and mainland Europe.

A spokesman for Stena said that there was free capacity on its existing ferry service to France. The Cherbourg ferry out of Rosslare was two-thirds full during 2019.

He said that the shipping line can move bigger vessels onto the direct route if required. The company had received inquiries about shipping fresh food and pharmaceuticals that cannot afford to be delayed.

About 150,000 heavy goods vehicles travel across the UK landbridge every year. It is the cheapest and fastest way of getting goods to mainland Europe, taking less than 20 hours to reach French ports near key destinations and markets in Belgium, Germany and the Netherlands.