"Now I will never be bullied into silence.” 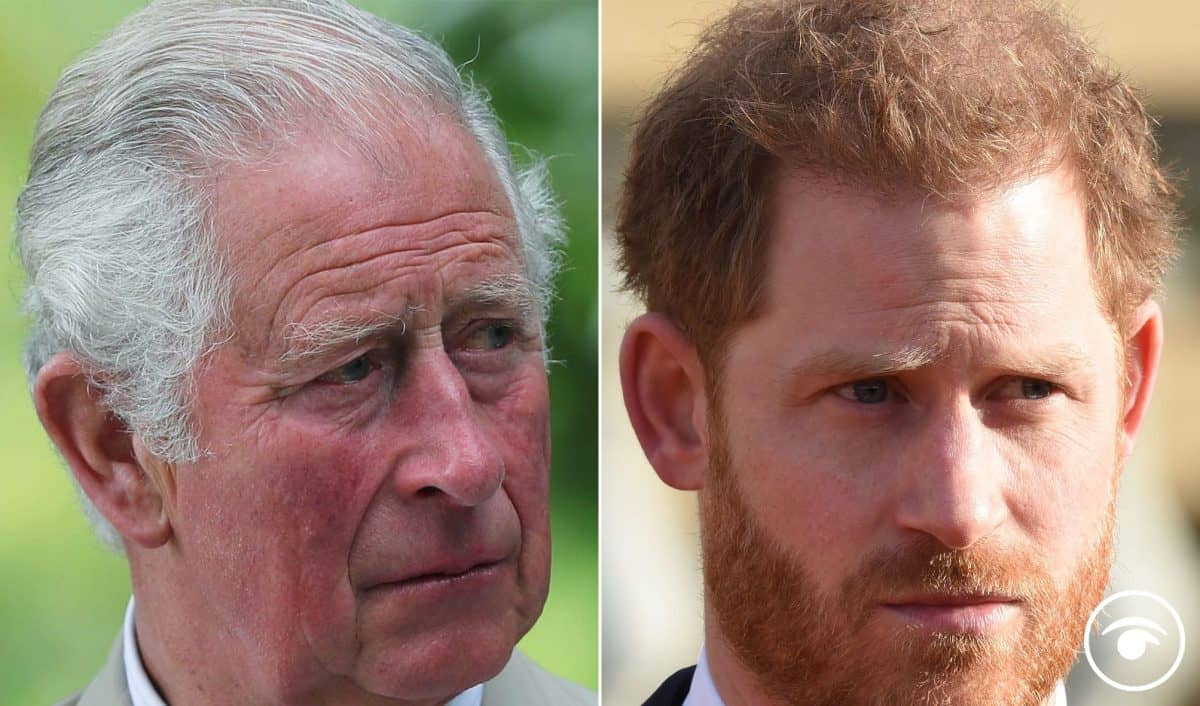 The Duke of Sussex has accused the royal family of “total neglect” in his mental health documentary series with Oprah Winfrey and said he will not be bullied.

He accused his family of ‘total silence’ and ‘neglect’ when Meghan was suicidal, claiming Prince Charles made him ‘suffer’ as a child and insisting he would not be ‘bullied into silence’ when he alleged ‘The Firm’ ‘trapped’, smeared and then dumped them.

During the first three episodes of Apple TV’s The Me You Can’t See, Harry addressed traumatic memories from his childhood, including the death of his mother Diana, Princess of Wales, and harassment on social media of he and his wife Meghan.

“Every single ask, request, warning, whatever it is, to stop just got met with total silence or total neglect,” he told Winfrey, referring to his attempts to get assistance from his family with the attacks levelled at the Sussexes online.

“We spent four years trying to make it work. We did everything that we possibly could to stay there and carry on doing the role and doing the job.”

The duke also told Winfrey his family did not speak about Diana’s death and expected him to just deal with the resulting press attention and mental distress.

The series comes after Harry earlier in May appeared to suggest his father, the Queen and the Duke of Edinburgh had failed as parents.

Speaking on the Armchair Expert podcast, the duke said he wanted to “break the cycle” of “genetic pain and suffering” for the sake of his own children.

He said of Charles: “He’s treated me the way he was treated, so how can I change that for my own kids?”

“That doesn’t make sense. Just because you suffered doesn’t mean that your kids have to suffer, in fact quite the opposite – if you suffered, do everything you can to make sure that whatever negative experiences you had, that you can make it right for your kids,” he said.

The now 36-year-old said his family told him to “play the game” and life would improve.

But he objected, telling Winfrey: “I’ve got a hell of a lot of my mum in me.

“The only way to free yourself and break out is to tell the truth.”

Harry told Winfrey he would “never be bullied into silence” in the future.

He told Oprah: ‘My mother was chased to her death while she was in a relationship with someone who wasn’t white. And now look what’s happened. And it all comes back to the same people, the same business model, the same industry,’ he said. He added: ‘They’re not going to stop until she dies. It’s incredibly triggering to potentially lose another woman in my life’.

Accusing his own family of briefing against them, he said: “Before the Oprah interview had aired, because of their headlines and that combined effort of The Firm and the media to smear her, I was woken up in the middle of the night to her [Meghan] crying in her pillow – because she doesn’t want to wake me up because I’m already carrying too much. That’s heartbreaking. I held her. We talked. She cried and she cried and she cried.”

According to Harry, one of the main reasons they decided to leave was the constant harassment by the media, which frequently published stories about the duchess, with racially charged undertones.

“Within the first eight days of our relationship being made public was when they said, ‘Harry’s girl almost straight outta Compton.’ And that her exotic DNA will be thickening the royal blood,” Harry said. “We would get followed, photographed, chased, harassed.”

He said he did not go to his family when Meghan felt suicidal because he was ashamed the situation had got “that bad” and also suspected the royals would not have been able to help.

The duke said: “That was one of the biggest reasons to leave, feeling trapped and feeling controlled through fear, both by the media and by the system itself which never encouraged the talking about this kind of trauma.

“Certainly now I will never be bullied into silence.”

Pop superstar Lady Gaga and actress Glenn Close also featured in the documentaries, with Gaga discussing her serious mental health struggles after she was raped as a teenager.

The documentary series will focus on mental illness and mental wellness and aims to inspire viewers to have an honest conversation about the challenges people face and how to equip themselves with the tools to thrive.

Hours before it aired, Harry joined his brother William in criticising the BBC following an inquiry which found the broadcaster covered up “deceitful behaviour” used by journalist Martin Bashir to secure his headline-making 1995 interview with their mother.

He told Winfrey he would drink a week’s worth of alcohol on a Friday or Saturday night “not because I was enjoying it but because I was trying to mask something”.