"You've literally called a situation where people are having to choose between losing money and breaking the law and quite frankly it's outrageous." 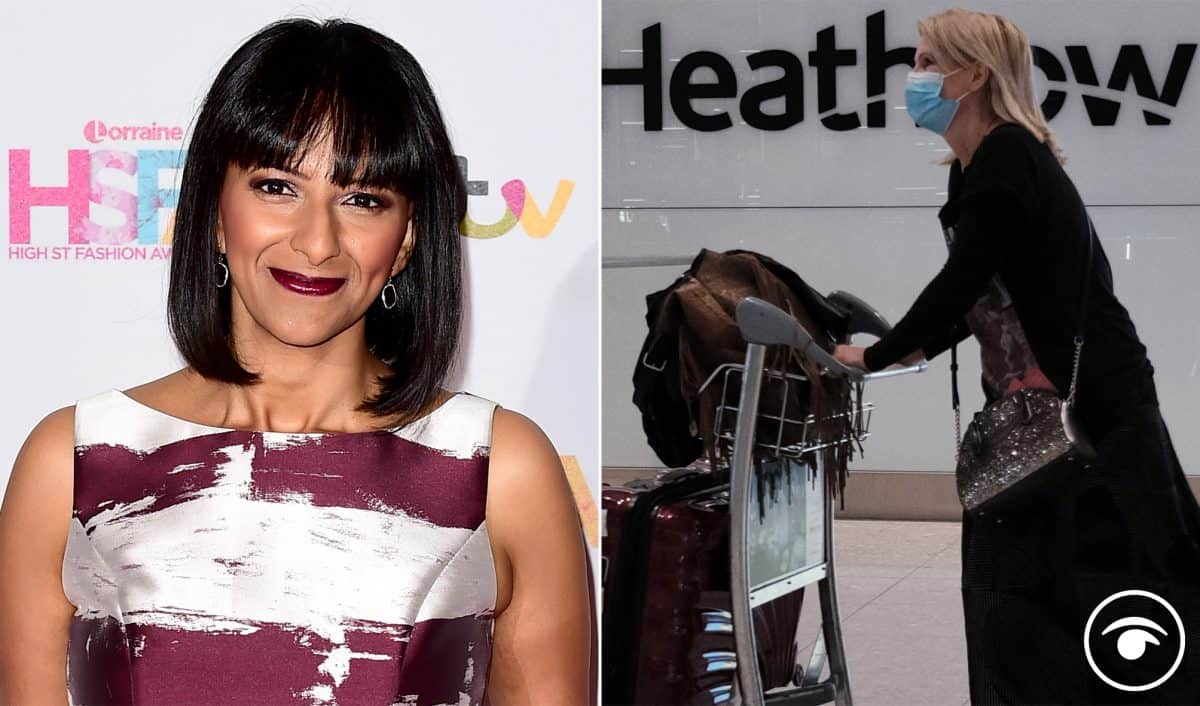 Yesterday holidaymakers wanting to visit countries on the Government’s amber list have been urged by Transport Secretary Grant Shapps to have “more patience”. It comes as another Tory stomped off set today after being grilled over the same travel issue.

Popular summer hotspots such as Spain, France, Italy and Greece are among the countries on the list.

Mr Shapps appealed for people to have “a little more patience as the world catches up with our vaccine programme”.

Travellers returning to Britain from an amber location must quarantine at home for 10 days and take a pre-departure test and two post-arrival tests.

“We’re not at the stage of saying to people, go to those places on holiday, in fact, please don’t.”

Today Robert Buckland joined Kate Garraway and Ranvir Singh on Good Morning Britain to discuss the confusion surrounding the list of “amber” countries Brits are legally allowed to travel to.

However, when Singh and Garraway made it clear they weren’t happy with Buckland’s answers, the MP walked off. He accused the presenter of ‘not letting him get a word in.’

Ranvir said: “The issue is of course is what is the point of an amber list?!

“I really struggle to understand the point of it – why not just have a green list and a red list? So people know go or don’t go.

“What is the point of dangling this carrot on countries that might or might not be green in two weeks time.

“You’ve got a holiday booked and you think ‘well I’ll just risk it or I’ll lose my money.’

“The holiday companies don’t know whether to refund you or not because the Government says it’s not illegal to go; so they think ‘well why should we lose out?’

Colleague Kate then chipped in: “There’s no clarity or commitment from the Government on that,” as Ranvir picked up the batton again: “You’ve literally called a situation where people are having to choose between losing money and breaking the law and quite frankly it’s outrageous.”

Bringing the interview to a close, Singh commented: “I think it’s a complete neglect of the reality, you’re hiding behind policy and not truly looking at the reality of what’s going to happen in the next five days.

“We’ll have to leave it there because we have asked you several times to explain the relevance of the amber countries, people at home can decide whether they are satisfied with your answers.”

“Well if I could get a word in edgeways, I would have given an answer,” Buckland hit back and Singh replied: “Well you had a full interview so thank you for joining us on the show.”

Buckland stood up and walked off camera as Garraway commented: “He’s off, he’s off!”