Sinn Fein, which backs the introduction of the services, has accused the anti-abortion DUP of blocking consideration of the issue. 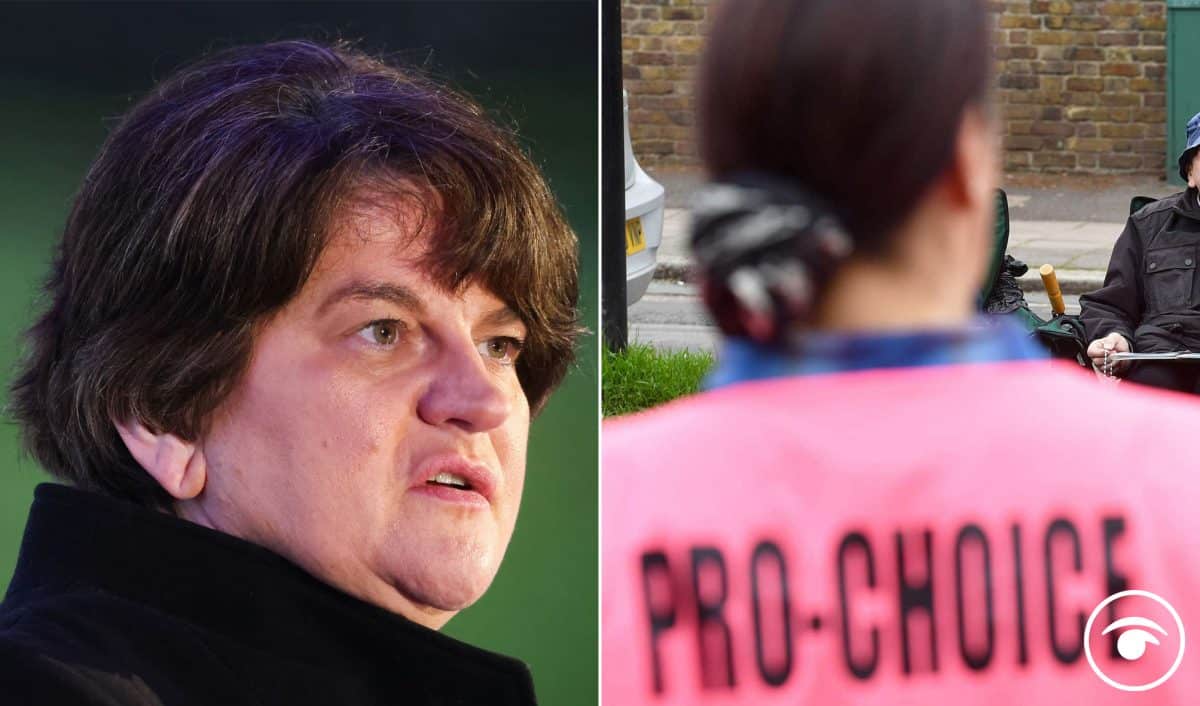 A Government move to direct the commissioning of abortion services in Northern Ireland would have serious consequences for the future operation of devolution, the DUP has warned.

The Government is set to take legislative action at Westminster next week to give Northern Ireland Secretary Brandon Lewis the powers to force Stormont’s Department of Health to roll out abortion services across the region.

The DUP’s Westminster leader Sir Jeffrey Donaldson said the action would undermine the devolution settlement at Stormont and create a “dangerous precedent” for future governance in Northern Ireland.

“I think that is a breach of the devolution settlement and it has serious consequences for the future operation of devolution in Northern Ireland and I think we all need to consider carefully what that means,” he said.

The move by the Government comes ahead of a forthcoming legal challenge by the Northern Ireland Human Rights Commission over the ongoing failure to commission services.

Abortion laws in the region were liberalised by MPs at Westminster in 2019 at a time when powersharing was collapsed.

New regulations came into operation a year ago and while individual health trusts are offering services on an ad hoc basis, the Department of Health has yet to centrally commission the services on a region-wide basis.

In the absence of fully commissioned services being available, women from Northern Ireland are still travelling to England to access abortions.

Amid an ongoing stand-off within the Stormont Executive on the issue, Mr Lewis is set to act, by way of regulation at Westminster, to direct the department to commission the services.

Sir Jeffrey and DUP leader Arlene Foster met with Mr Lewis on Thursday to voice objection, and they have vowed to “vigorously oppose” the move.

Sir Jeffrey told BBC Radio Ulster: “In the first instance we will of course oppose these regulations because we think it is wrong for Westminster to go over the head of a fully functioning Executive and Assembly.

“It represents a fundamental breach of the devolution settlement, we will engage with the other political parties to see how we respond to this but we are very clear – we will need to consider carefully what this means for the future operation of the devolved institutions in Northern Ireland.”

Stormont Health Minister Robin Swann has made clear that he will not commission the services without the approval of the wider five-party coalition Executive.

However, the issue has yet to be brought forward for consideration by the Executive due to an impasse between the two main parties – Sinn Fein and the DUP.

Under Stormont rules, controversial decisions in Northern Ireland must be considered by the wider administration and cannot be taken solely by individual departments.

Mr Swann has said a decision taken without Executive approval would not withstand a legal challenge.

Both the DUP and Sinn Fein need to agree for any policy proposal to be placed on the agenda of the Executive.

Sinn Fein, which backs the introduction of the services, has accused the anti-abortion DUP of blocking consideration of the issue.

Sinn Fein minister Deirdre Hargey attempted to bring her own paper to the Executive this week in a bid to get services commissioned.

However, the paper again did not get on the agenda of the meeting.

Ms Hargey said it would be regrettable if Mr Lewis has to intervene.

She told Radio Ulster: “I think it’s unfortunate and unnecessary when we have our ministers here and an Executive and really commissioning these services should be done locally.

“I think there’s consistent blockages at the Executive and it’s certainly not coming from Sinn Fein and from some of other parties. We are in support of the commissioning of the services, it’s been long overdue.

“It’s quite obvious that if that doesn’t happen then the British Secretary of State is going to take on powers in order to do that.”

Related: Brexit: DUP anger questioned as it ‘did not make a fuss’ when Protocol agreed in 2019