"Please quantify how abusive, on a scale from Free School Meals to Refugees Crossing the Channel?", one person said. 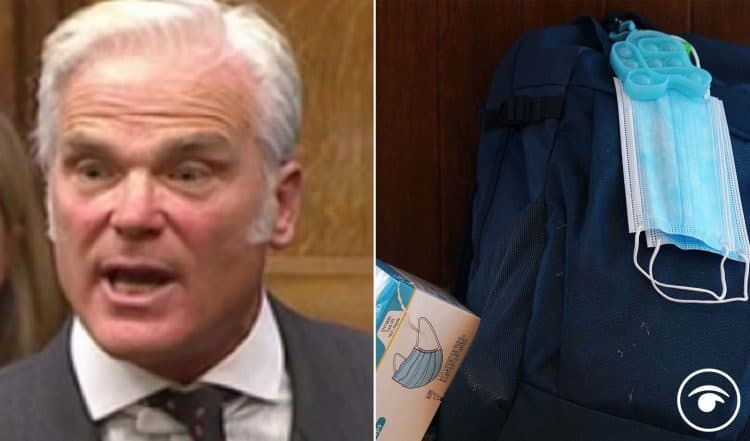 A Tory MP has waded into the mask-wearing debate, again. This time over children wearing masks.

It comes as headteachers have warned that staff shortages in the new term caused by teachers isolating because of positive lateral flow tests will be “challenging” for some schools and could lead to more pupils learning online.

Caroline Derbyshire, executive head at Saffron Walden County High School in Essex, and leader of Saffron Academy Trust, told the PA news agency: “We know that (staff shortages) will be a factor and there will be schools in particular parts of the country where rates have been extremely high where staffing will be difficult.

“But this sort of mass of supply teachers that are supposed to be there – that’s not happened, has it, so if we have got shortages it’ll be colleagues who are in school who’ll be doing most of the covering.”

Mr Zahawi told Sky News on Monday that the “priority is to keep schools open”, and the Department for Education has suggested schools merge classes to keep face-to-face teaching in place.

Geoff Barton, general secretary of the Association of School and College Leaders, told PA that school bosses had responded to the reintroduction of face coverings for an initial two-week period with a “kind of weary, pragmatic acceptance that if that’s what we need to do to try to reduce transmission then that’s what we shall do”.

He added: “I think most people will hope that that’s a price worth paying to keep more young people in school, but ultimately that will come down to whether we’ve got enough staff when term starts tomorrow.”

Well, one Tory MP who won’t be supporting wearing masks in schools is Desmond Swayne. In the past he has claimed that wearing a mask is like being Darth Vader. He also said that wearing a face mask in shops was a ‘monstrous imposition.’

He posted on Twitter a pic surgical mask he claims he was sent with the words “PUTTING GERM/BACTERIA RIDDEN CLOTHS OVER KIDS FACES FOR 8+ HOURS IS ABUSIVE” written on it in marker pen.

Swayne wrote: “Whoever sent me this anonymously, I agree with you!”

There were tweets of support for his comment, but there were others who thought he was spouting nonsense.