The Wetherspoon boss said the chain's punters and employees generated £1 in every thousand collected by the UK Government last year. 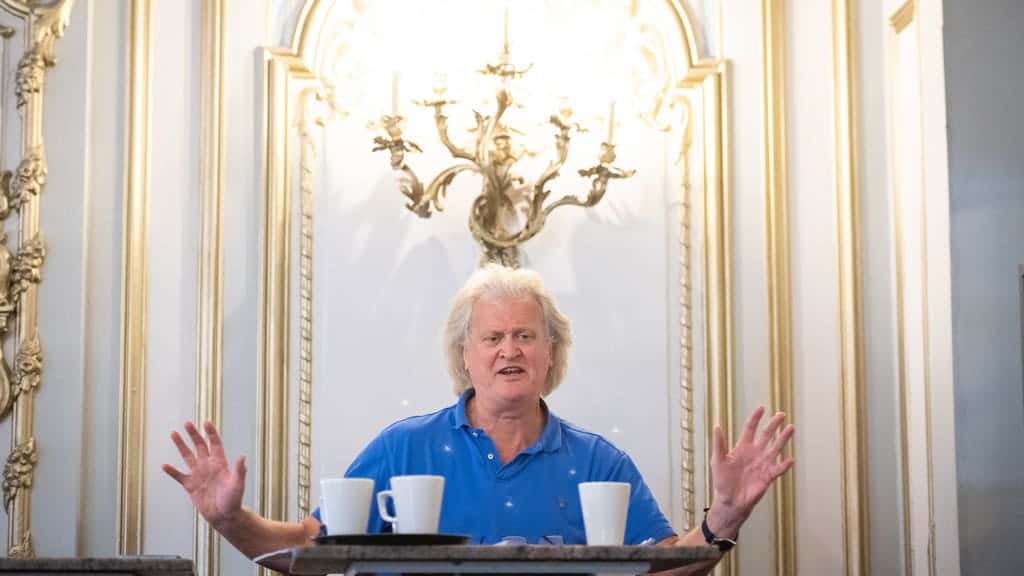 Wetherspoon boss Tim Martin has called on the government to reopen pubs in order to boost its finances – saying his punters and employees contributed £1 in every thousand collected by the Treasury in the year to July 2019.

Suggesting that pubs should reopen at the same time as non-essential shops, he said the industry is “on its knees” and needs to get up and running again to save jobs.

Martin added that pubs make a massive contribution to the economy, with Wetherspoon alone paying about £10 of tax for every pound of profit it makes.

He said: “In the last 10 years Wetherspoon has generated £6.1 billion of taxes, something we are very proud of.

“In the financial year to July 2019, before the pandemic, Wetherspoon, its customers and employees generated £764 million of taxes – £1 in every thousand collected by the UK Government.

“Many people have correctly pointed out that the three lockdowns of the last year have been a disaster for the hospitality, retail, arts and entertainment industries, but our calculations show that they have been an even bigger disaster for public finances.

“The taxes paid by Wetherspoon are mirrored by thousands of companies which have been annihilated by lockdowns.

“As a result, government finances have been annihilated even more.”

Mr Martin said Wetherspoon has registered more than 50 million customer visits to its pubs, using the Test and Trace system, without a single outbreak of Covid-19, as defined by the health authorities.

He maintained that hospitality groups have provided the Government with information that “clearly demonstrates” that pubs and restaurants are Covid-secure environments, following the investment of hundreds of millions of pounds in safety and hygiene measures.

“The Government knows this is correct, since it has access to Test and Trace information.

“Yet the Government has ignored this information and has even banned golf – the ultimate social distancing sport.”

He added: “Surely it is possible for the hospitality industry to reopen at the same time as non-essential shops, now that a vaccine exists, on the basis of the social distancing and hygiene regulations.

“Unless the industry does reopen on that basis, economic mayhem will inevitably follow.”

Last year an app was launched that points users in the direction of independent pubs in their area rather than the local Wetherspoons.

Neverspoons was created after the pub chain was criticised for the way it reacted to the coronavirus crisis and the shutdown of businesses across the country.

Martin announced to staff at the time that he will pay them until the pubs last opened, but there would be no further payments until the Government furlough scheme was put in place.