It comes as the government is clamping down on 'dead-end courses,' with English Literature being hit at Sheffield Hallam University. 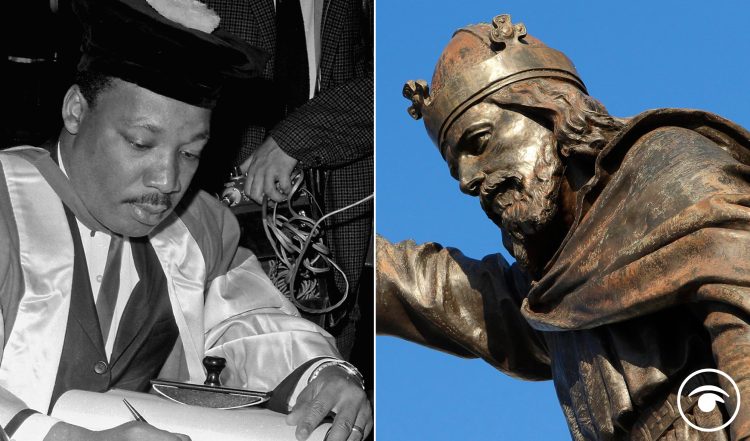 Schools should teach more of England’s medieval history and not just focus on the “two Hs – Hitler and Henry VIII”, according to an MP.

It comes as the government is clamping down on “dead-end courses.”

Jo Grady, the general secretary of the University and College Union (UCU, said: “The decision by Sheffield Hallam to shut down its English literature course is as shocking as it is depressing, but seems part of a wider agenda being forced on universities by the government against the arts and humanities.”

Conservative Alexander Stafford said there is a danger of “losing vast chunks of our history” if more schools do not teach the history of the Middle Ages.

The MP for Rother Valley said the subject is “greatly neglected in schools, with very little taught at GCSE or A-level” and that most students “don’t have the option to study anything pre-1066”.

He told the PA news agency: “Lots of our history teaching in this country revolves around the two Hs – Hitler and Henry VIII – and we need to actually broaden out.

“There is a lot more of our history; our country is quite old with a lot of formative history. We need to discuss it, talk about it.”

He added: “It is a situation where students are far more likely to learn about someone like Martin Luther King than they are about Alfred the Great.

“I would say most students haven’t heard of Athelstan, who is the first king of a united England, and I believe it is important that we get medieval history, from the fall of the Roman Empire in the West from 476, to the discovery of the New World in 1492, really in the spotlight.”

The MP is scheduled to lead an adjournment debate in the Commons on Monday, promoting medieval history as a school subject.

Mr Stafford said there are lessons to be learned from the past, including how the Black Death compared with the Covid-19 pandemic, or how “the clash between East and West” in the Crusades has an “obvious parallel with what happened in Iraq and Afghanistan”.

Mr Stafford studied medieval history at A-level and went on to specialise in the subject during his degree.

He said there is a “self-fulfilling cycle” between children not being taught medieval history in school, and later not taking it up at university.

“I think we are in danger of losing vast chunks of our history,” he added.

He said: “It teaches children how to think rather than saying ‘This is the correct answer, this is what happened and why’ – we can actually have a proper discussion about the different potential options around it.”

Related: Letter in a newspaper explaining why you should study English Literature goes viral