"America is now the land where a 10 year old victim of rape has less rights than the rapist." 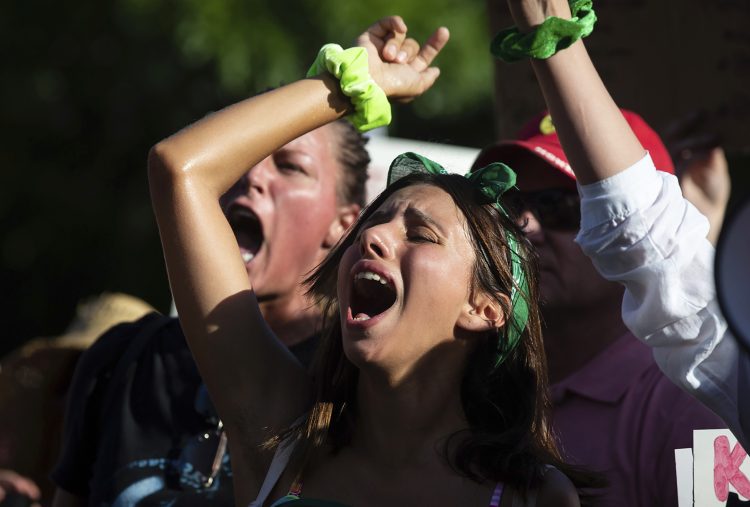 A 10-year-old girl was denied an abortion in Ohio after the Supreme Court ruled last week that it was overturning Roe v. Wade.

It comes as the Texas Supreme Court has blocked a lower court order that said clinics could continue performing abortions, just days after some doctors had resumed seeing patients following the fall of Roe v Wade.

It was not immediately clear whether Texas clinics that had resumed seeing patients this week would halt services again. A hearing is scheduled for later this month.

The whiplash of Texas clinics turning away patients, rescheduling them, and now potentially canceling appointments again — all in the span of a week — illustrated the confusion and scrambling taking place across the country since Roe was overturned.

A child abuse doctor in Ohio contacted Dr. Caitlin Bernard, an obstetrician-gynecologist in Indiana, after receiving a 10-year-old patient who was six weeks and three days pregnant, the Indianapolis Star reported.

That patient is now heading west to Indiana given that an abortion ban in Ohio, which prohibits the medical procedure when fetal cardiac activity begins, around six weeks, had become effective quickly after the high court issued its decision.

This story has led to an outpouring of anger at the decision: