A local resident said: “As a person of colour, walking past it all this time has made me feel incredibly uncomfortable in the place that I call home; a bygone relic of the transatlantic slave trade looking down at me." 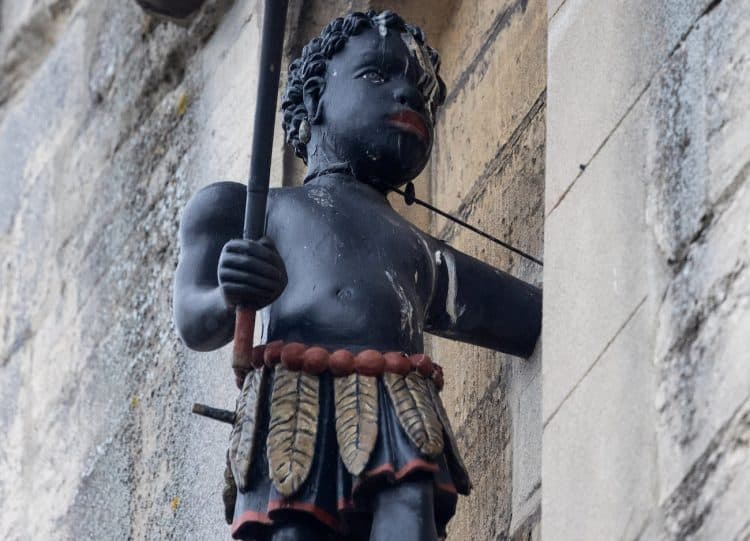 A Tory MP has caused anger by claiming people who want a ‘racist’ statue removed are a “loud minority” with an “unquenchable desire to be outraged”.

Conservative MP Siobhan Baillie made the remarks in a row over a ‘Blackboy Clock’ figure – a black child with red lips and leaf skirt.

The group called Stroud Against Racism (SAR) say the mechanised child which strikes a bell on the hour with a club is ”dehumanising”.

Stroud District Council in Gloucestershire has launched a public consultation into the statue but SAR said no discussion is needed.

It was made in 1774 by watchmaker John Miles and the figure’s lips are bright red and accentuated.

But the MP for Stroud, Glos, has branded campaigners a “loud minority” with an “unquenchable desire to be outraged”.

Baillie said: “A certain minority of people with loud voices have an unquenchable desire to be constantly finding things to be outraged at.

“This can never be a way forward in my view. It is divisive, and division never solved a single issue.”

“Removing this statue or any other will not end the scourge of racism and its disappearance from our community into a museum could be counterproductive in the longer term.”

Her comments were quickly condemned by anti-racism groups and researchers, including Stroud Against Racism.

A spokesperson said: “An MP disrespecting constituents focused on learning and respect, discussing appropriate contexts, asking and thinking about those it most hurts, is not listening.”

“Standing with and showing solidarity with marginalised people is what decent people and communities do.

“People are seeking history and truth to be represented where the Blackboy clock is concerned. This necessitates discussion of where this can best happen.

“It is a degrading depiction of a Black enslaved child next to a school, looking down on the people of Stroud.”

Created by watchmaker John Miles in 1774, Blackboy Clock depicts a racist stereotype of a Black child with bright red lips dressed in a leaf skirt and holding a club.

He said: “As a person of colour, walking past it all this time has made me feel incredibly uncomfortable in the place that I call home; a bygone relic of the transatlantic slave trade looking down at me and reminding me of the way that Black bodies were treated in that period of time.

“In its current location, on a street-facing building and with little to no information about it, it’s just plain offensive.

“Working out what happens next to this statue will not end racism – locally, nationally or beyond – but it will be the beginning of a journey that we all need to be involved with to create a more equitable society.”

Mr Guthrie’s comments were echoed by professor Neil Chakraborti, director of the Centre for Hate Studies at the University of Leicester, author of Rural Racism and advisory board member for BLM in the Stix.

He said: “Senior stakeholders like members of parliament have a really important responsibility not to use language that’s divisive but to try and be as inclusive as they possibly can and to listen to a diverse set of voices even if it’s not the majority.

”We don’t always have to agree, but to label that group in such negative terms is quite divisive language and quite polarising. It pits ‘them’ – whoever they are – against ‘us’ – whoever we are. That isn’t a nice place to be.”

He said that in his research, minority ethnic communities in rural areas have anything but loud voices, often facing exclusionary behaviour and racist stereotypes and attitudes.