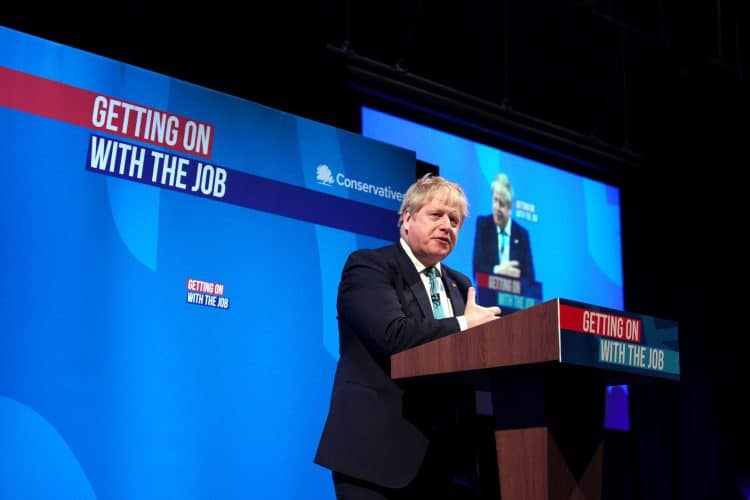 The Chancellor has sought to defend the Prime Minister after he was accused of making “utterly distasteful” remarks in appearing to link the Ukraine conflict and the Brexit vote.

Rishi Sunak said he did not think Boris Johnson had been suggesting the UK’s decision to leave the European Union and the fight against Russia’s invasion in Ukraine were “analogous”, following comments the Prime Minister made at the Conservative Party spring conference on Saturday.

Mr Johnson said in Blackpool that it was the “instinct of the people of this country, like the people of Ukraine, to choose freedom”, with the Brexit vote a “famous recent example”.

Here is one example of the fury these comments made…

Anyway, never one to miss out on a picture, no matter how cringe, the PM set about to prance about on Blackpool beach…

But it was this screengrab that really got people talking.