Greta was not given a formal invite to the conference. 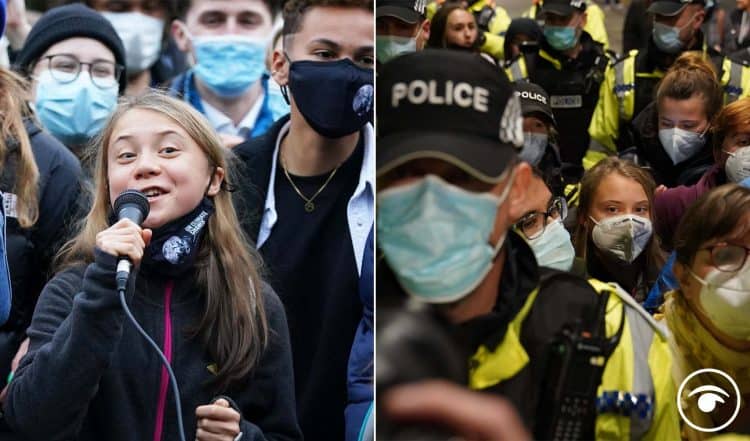 Greta Thunberg said change will not come from the Cop26 conference as she criticised the “blah blah blah” of world leaders at the global gathering.

Today she also tweeted this open letter writing: “Betrayal. That’s how young people around the world are describing our governments’ failure to cut carbon emissions. And it’s no surprise.”

Mr Johnson referenced the campaigner’s remarks during his speech to the Cop26 opening session.

He said: “I was there in Paris six years ago when we agreed to net zero and to try to restrain the rise in the temperature of the planet to 1.5c, and all those promises will be nothing but blah blah blah – to coin a phrase – and the anger and impatience of the world will be uncontainable unless we make this Cop26 in Glasgow the moment when we get real about climate change.”

Ms Thunberg arrived in Glasgow on Sunday by train and will take part in two large protests through the city later in the week.

Speaking to a large crowd in festival park on the first day of the Cop26 leader’s summit, she said: “This Cop26 is so far just like the previous Cops and that has led us nowhere. They have led us nowhere.

She added: “Inside Cop they are just politicians and people in power pretending to take our future seriously. Pretending to take the present seriously of the people who are being affected already today by the climate crisis.”