This week a council sparked fury as locals were told not to swim with their ‘mouths open’ after sewage dumps. 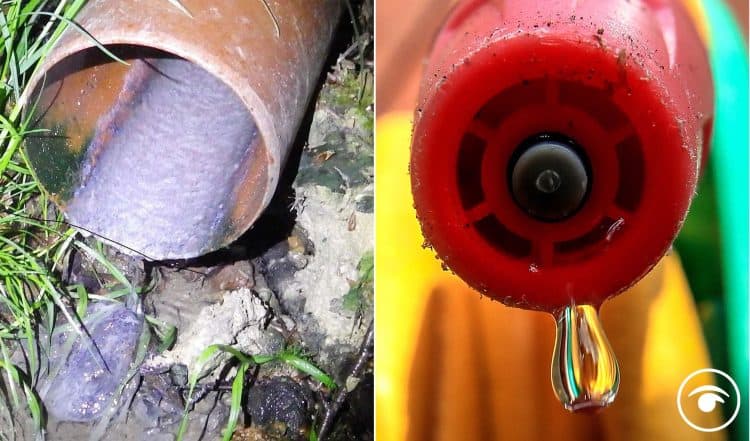 The nation’s worst corporate polluters should face fines that put a “major dent” in their bottom lines and have their bosses jailed, the Environment Agency has said.

However, water companies’ customers are going to feel the pinch are water customers as prices are set to rise.

England’s rivers, which the parliamentary Environmental Audit Committee said were suffering a “chemical cocktail” of sewage, agricultural waste and plastics.

Southern Water was handed a record £90 million fine for 6,791 unpermitted sewage discharges last summer, while the Environment Agency and watchdog Ofwat have launched a major investigation into sewage treatment works.

Sir James said EU environmental regulation, much of which was written by the UK, had done a lot of good in areas such as water quality, air quality and waste, and what worked should be kept.

This week a council sparked fury as locals were told not to swim with their ‘mouths open’ after sewage dumps.

She said: “I have to say how disappointing it is to hear … [Wessex Water] telling us that if we go along with our mouths open we should expect to get infected.

“I’m mortified to hear that in a public meeting and it shouldn’t be acceptable.”

Sea swimmers in Dorset have been complaining about sewage being discharged from storm overflows.

Water bills are set to rise from April, it has been announced, adding to the cost of living crisis due to hit households across the country.

The average water and sewerage bill will go up by 1.7 per cent in the next financial year, far below annual inflation rates, industry body Water UK said.

It will add £7 to the average bill, an increase which pales in comparison to the £693 added to many households’ energy bills from April.

It means the average yearly bill will rise to £419, with support available for thousands more.

At the moment, 1.1 million customers get some form of help to pay their water bills, according to Water UK. This will grow by another 300,000 by the middle of the decade.

“Customers will continue to pay little more than £1 a day for their water and sewerage service, helping to directly fund significant investment in improving infrastructure and enhancing the environment,” Water UK chief executive Christine McGourty said.

“But we know this is a difficult time for many, and no one should have to worry about their household essentials.

“There is a wide range of support available for those in need, and I would urge anyone who’s concerned to get in touch with their water company.”