The Newcastle-under-Lyme MP said "the breach of trust" that Partygate represents has made Johnson's position "untenable". 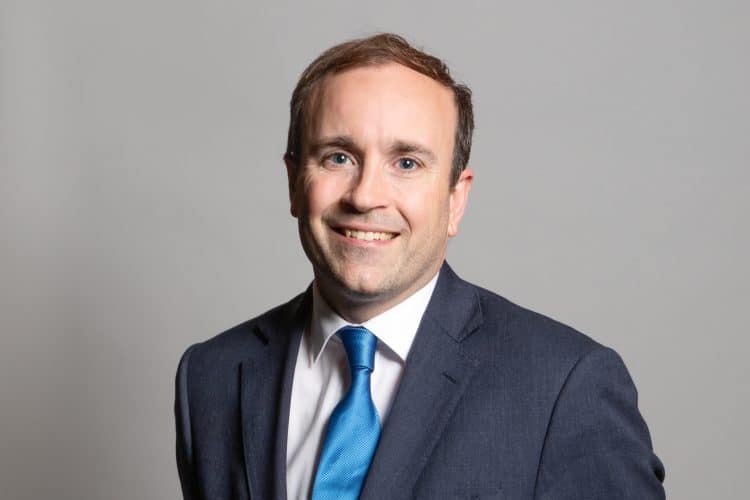 Aaron Bell is the latest Tory MP to publicly reveal that he has submitted a no confidence letter in Boris Johnson.

More than a dozen backbenchers have called for the prime minister’s head in public, as the Partygate scandal rolls on.

“The breach of trust that the events in Downing Street represent, and the manner in which they have been handled, makes [Johnson’s] position untenable,” Bell – the MP for Newcastle-under-Lyme – said in a statement.

Bell made an emotive intervention in the House of Commons earlier this week, when he challenge the prime minister following the publication of the Sue Gray report.

Revealing that he had observed the rules throughout lockdown – even avoiding hugging relatives at his grandmother’s funeral – he asked Johnson pointedly: “Am I a fool?”

In a letter published on Friday, Bell said he had “struggled to reconcile assurances” he was given by the prime minister concerning lockdown-busting Downing Street parties with “the implications of Sue Gray’s interim findings”.

He said: “As someone who backed Brexit and backed Boris Johnson for the leadership in 2019, I am profoundly disappointed that it has come to this.

“However, the breach of trust that events in No 10 Downing Street represent, and the manner in which they have been handled, makes his position untenable.”