Sharif Safi said he wanted his parents to be evacuated to safety. 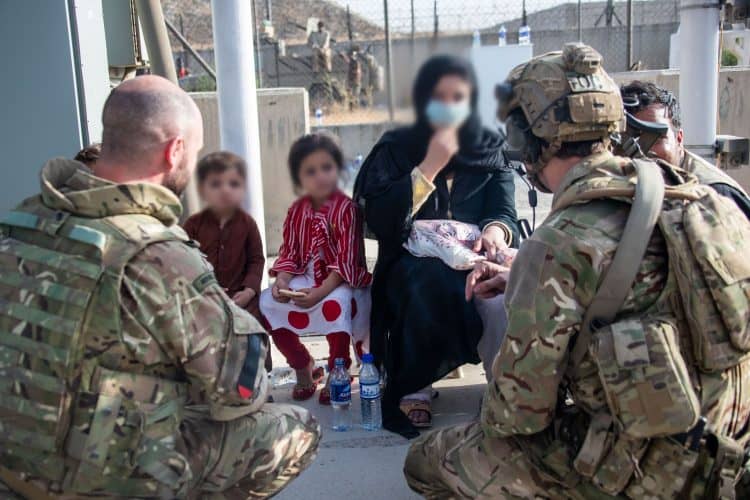 An Afghan Chevening scholar has expressed fear for his family left behind in his country have reached new levels after terrorist bombings around Kabul airport.

Sharif Safi, 26, is currently in quarantine in France awaiting a chance to travel to the UK, after he managed to flee Afghanistan.

Safi, who is from Nangarhar province and was based in Kabul, is one of 35 Chevening scholars, who are awarded a government-backed chance to study for a masters degree at a UK university.

But just three days ago he was at Abbey gate, outside of Kabul airport, the site of one of Thursday’s bombings which it is understood killed at least 60 people and wounded many more.

“I really don’t know what to say anymore,” said Safi, who left Afghanistan after receiving threats from the Taliban.

Safi said he had been appealing for his family to be able to join him in the UK. However, he had been informed that the definition of the immediate family that could be evacuated with him applied to a spouse or children.

And it was his parents he was particularly concerned about.

He said: “For the past 10 or 11 days after the Taliban takeover of Kabul, they haven’t been able to step out of their home. So that’s very difficult, that’s so distressing, and I can feel it from their voice whenever I talk to them now. This is terrible.”

Leaders of the militant group have urged educated Afghans not to leave the country, in what is understood to be a fear of a brain drain.

But Safi, who plans to study for a masters in peace, conflict and diplomacy at London Metropolitan University, said: “You know why they want the educated people to stay in Afghanistan? Because the Taliban themselves, they only know how to kill people.”

He added: “I will not work under their flag.”

Safi said to begin with he spent two days camped out at the Baron Gate, named after the nearby Baron Hotel where the UK has been processing Britons and Afghans eligible for evacuation.

It is close to the hotel where one of Thursday’s explosions was reported to have taken place.

“Those days were very terrible. When it would get dark, the Taliban would arrive again, so I would cover my face with my scarf and try to hide somewhere,” he said.

‘I’m concerned about my family’

After contacting the British ambassador Sir Laurie Bristow, Safi was advised to leave the country by any means he could, and he was able to be evacuated to France via the Abbey gate, where the second explosion was reported on Thursday.

Safi said although he now felt relief for himself, he was scared for his family’s future.

He said: “I’m physically safe now, but not mentally. I’m mentally occupied, my mind is occupied. I’m concerned about the safety of my family.

“Even in the past three days I cannot sleep, I cannot drink, I cannot eat.”

And he said he was determined to do “everything I can my capacity” to help his family.

A Foreign Office spokesperson said: “The scale of the Kabul evacuation effort is huge and we have now helped more than 12,200 people leave Afghanistan since August 14.

“We have been assisting this year’s Afghan Chevening scholars to leave the country and they have begun arriving in the UK.”