"This is proof the Tories have no intention of keeping their election promise to build 40 new hospitals." 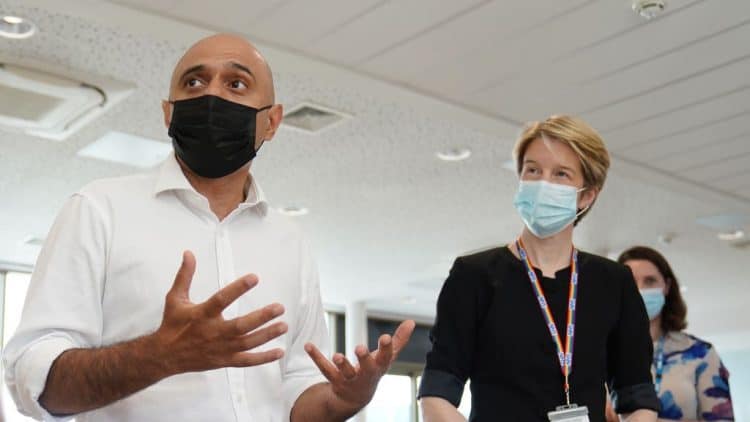 The government has ordered NHS trusts to describe any major refurbishments, new wings, and units as “a new hospital” in moves that have been described as “Orwellian” by John Trickett.

A communications “playbook” for the Government’s NHS building programme, leaked by HSJ, tells trusts that such building projects “must always be referred to as a new hospital”.

It comes as the Conservatives seek to deliver on their pledge to build 48 hospitals by 2030.

Last week, health secretary Sajid Javid described the Northern Centre for Cancer Care as the first of the 48 new hospitals even though it sits on the existing site of the Cumberland Infirmary in Carlisle, built in 2000.

Newcastle upon Tyne Hospitals Foundation Trust, which runs it, does not describe it as a hospital.

Many others among the 48 are new units, wings, or major refurbishments of existing sites, while some are community hospital rebuilds.

Tonight evidence has emerged that the government have ordered hospitals to call any new wing or unit of their hospital a “NEW HOSPITAL”.

This is proof the Tories have no intention of keeping their election promise to build 40 new hospitals.

The Government has committed £3.7 billion to the building programme, but NHS Providers, which represents hospital trusts, believes the real cost of building 40 new hospitals would be around £20 billion.

Last week, Mr Javid said on social media that he was “looking forward to opening one of new 48 [sic] hospitals later today.”

However, the cancer care centre was planned before Boris Johnson pledged to build the new hospitals during the 2019 election.

The document sent to trusts this month, is titled the New Hospital Programme Communications Playbook.

The guidance instructs: “The schemes named in the announcement are not all identical and vary across a number of factors. However, they do all satisfy the criteria we set of what a new hospital is and so must always be referred to as a new hospital.”

It goes on to define a new hospital as “a major new clinical building on an existing site or a new wing of an existing hospital, provided it contains a whole clinical service, such as maternity or children’s services; or a major refurbishment and alteration of all but building frame or main structure, delivering a significant extension to useful life which includes major or visible changes to the external structure”.

The guidance adds that when trusts are talking about the building programme, they must use the government’s line about 48 new hospitals.

In its response to a request for comment the Department for Health and Social Care (DHSC) used the precise wording it asks NHS trusts to use.

A spokeswoman said: “We have committed to build 48 hospitals by 2030, backed by an initial £3.7bn. Each of the hospital building projects will be new hospitals delivering brand new, state-of-the-art facilities to ensure world-class provision of healthcare for NHS patients and staff by replacing outdated infrastructure.”

Asked whether the Health Secretary considered the cancer care centre in Carlisle a new hospital, the DHSC spokeswoman added: “There are numerous hospitals which specialise in one area of care or that are co-located – they are nonetheless hospitals.

“We have always been clear that the scale and size of each new hospital will vary depending on what is required for each local area.

“In some cases, that will be whole new hospitals on a new site, and in other cases, a new hospital on an existing site with dedicated facilities for particular conditions, such as cancer.”

“It’s dishonest spin and the Health Secretary shouldn’t be taking patients for fools. Ministers need to get on and deliver improved patient care instead of serving up more mistruths, lies and spin.”

Related: ‘This will stop you in your tracks’: Republican reveals the Taliban have seized $85bn worth of US military equipment