Theresa May’s husband has become embroiled in the Paradise Papers tax haven scandal with the revelation of emails between his company and Appleby, the offshore law firm at the heart of the tax avoidance leaks. Private Eye have seen correspondence between Capital Group where Philip May works and Appleby, whose stolen “Paradise Papers” documents have […] 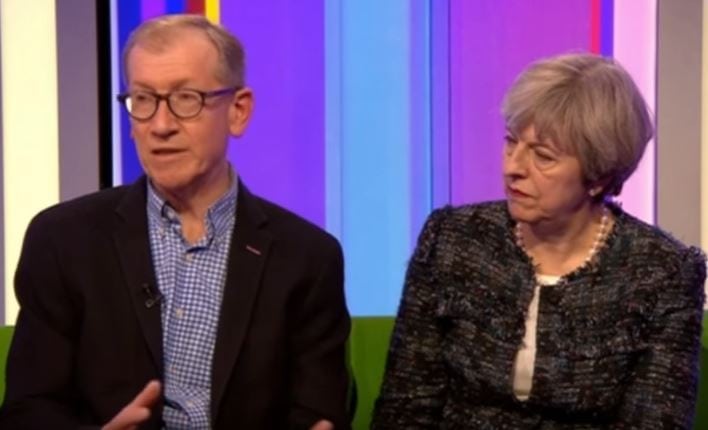 Theresa May’s husband has become embroiled in the Paradise Papers tax haven scandal with the revelation of emails between his company and Appleby, the offshore law firm at the heart of the tax avoidance leaks.

Private Eye have seen correspondence between Capital Group where Philip May works and Appleby, whose stolen “Paradise Papers” documents have unearthed how the world’s elite squirrel away investments in offshore tax havens, depriving countries of tax revenue that would pay for policing, hospitals, schools, defence, housing in the face of biting austerity.

The leaked Paradise Papers have embroiled many of the world’s mega rich such as The Queen, Prince Charles’ estate, Conservative Party donor and peer Lord Ashcroft, and Bono.

While they may not have technically broken the law, by avoiding paying tax in the UK at a time of austerity and economic slowdown, they stand accused of depriving the NHS, schools, policing, defence, housing, care services of urgently needed revenue.

Jon Trickett, Labour’s Shadow Minister for the Cabinet Office said: “There are some serious questions for Philip May to answer about his firm’s use of tax havens, whether he had any knowledge of it and if he thinks this is an acceptable way to do business.

“Labour has previously asked Theresa May what her government plans to do to clamp down on the tax havens where money is squirrelled away to avoid paying taxes for public services in this country. When it comes to paying tax, there is one rule for the super-rich and another for the rest of us and, in refusing to act, the Prime Minister appears to condone this.”

This latest revelation drags Theresa May’s husband’s company into a long-running row between the government and the opposition who accuse the government of not doing enough to close tax avoidance loopholes and voting against any EU measures to stop the sharp practice.

A Number 10 spokesperson has said that Mr May who works for Capital Group as a relationship manager works in “retirement solutions” not offshore investments.

“Neither the prime minister nor Mr May have any direct offshore investments,” Number 10 insisted last week. “Their investments have been declared to the Cabinet office and are held in a blind trust.” – A blind trust is a way of distancing the couple from decisions to do with their personal investments.