A former school friend of Theresa May, who stood next to her for a class picture, has blasted the PM over NHS cuts. “The whole situation is becoming untenable – we’re exhausted, we’re overwrought, we work over 12-hour shifts,” said Philippa Morrison, 62, who entered nursing aged 18. “We are nurturers – we want to look after […] 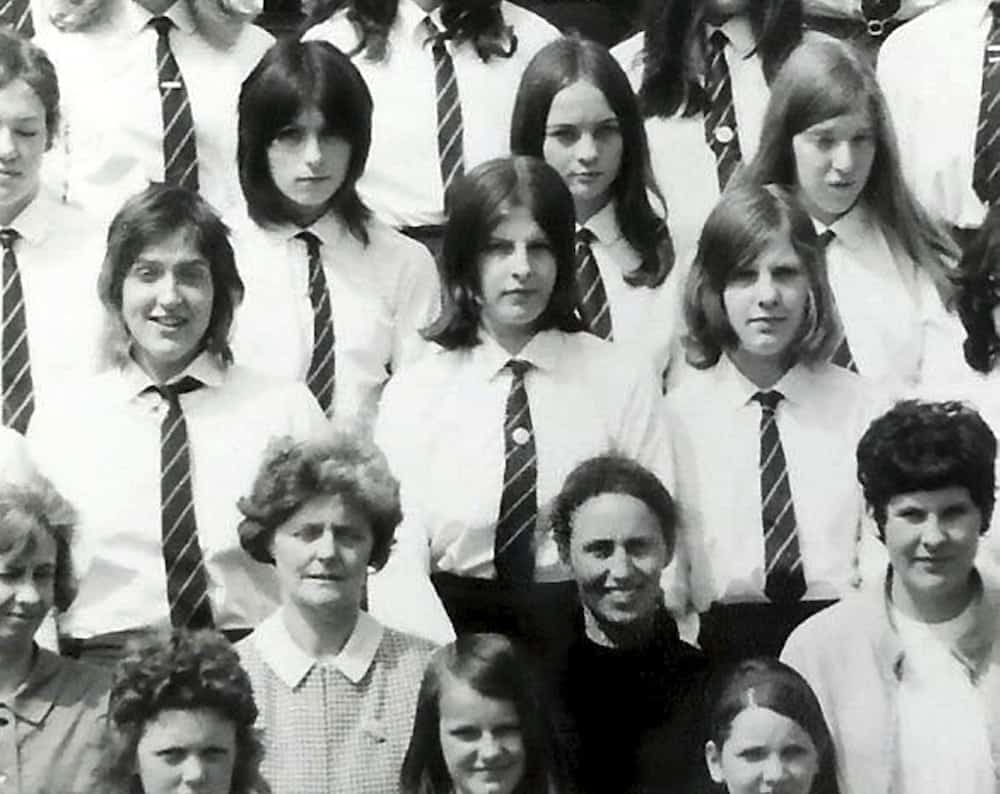 A former school friend of Theresa May, who stood next to her for a class picture, has blasted the PM over NHS cuts.

“The whole situation is becoming untenable – we’re exhausted, we’re overwrought, we work over 12-hour shifts,” said Philippa Morrison, 62, who entered nursing aged 18. “We are nurturers – we want to look after people.

“She should let us do that without having to rely on foodbanks to make ends meet.”

Philippa Morrison, 62, went to the same grammar school as the PM, and says she got ‘quite a shock’ when she heard of her former classmate’s political success.

The lung care specialist nurse from Bournemouth, Dorset, attended Holton Park Girls’ Grammar School in Wheatley, Oxon, when she was 15 and was one year above the-then Theresa Brasier.

Grandmother-of-four Philippa said Theresa was a conscientious school girl who ‘stuck with the programme’.

She said: “I got quite a shock when I discovered she was Prime Minister.

“She didn’t strike me as someone who was destined for big things.

“She was studious and probably stuck with the programme.”

Both Philippa and Theresa were the daughters of clergymen, although Philippa’s father was the Bishop of Oxford.

Despite Philippa’s father Kenneth Woollcombe’s high standing in the church, she described herself as a ‘rebel’ and accuses May of being one of the girls who ‘dobbed her in’ when they were at school.

She added: “Her father was a vicar and my father was the Bishop of Oxford so her father worked for mine, but it’s rather the other way around now.

“We weren’t in the same set; she wasn’t a buddy of mine.

“I think she once dobbed me in to the headmistress for riding into Wheatley, the local village, on my Honda 50 motorcycle at lunchtime.

“I was always a bit of a rebel because I didn’t like being told what to do.

“I used to help wash out glasses in the local pub, The Sandpiper, when I was just 15.

“So I can assure you the naughtiest thing I did was quite a bit worse than running through a field of wheat.”

While Philippa disliked school and left at 18 to become a nurse, May earned a place at Oxford University to study geography and began her political career.

Philippa now works at the Royal Bournemouth Hospital in a specialist lung unit.

She said: “I didn’t enjoy King Lear at A-level so I went and started as a nurse in Oxford.

“My aunt was a nurse at Great Ormond Street so I followed in her footsteps.

“I have reflected on how differently we turned out. I wouldn’t want her job.

“I admire anyone who stands up at the plate and is counted.

“I feel sorry for her; you can’t be loved by everyone.

“I don’t want to attack Theresa but we are in this situation because of the government and they need to sort it out.”

Philippa has worked as a nurse since leaving school, including a 14-year stint volunteering at a hospice in Malaysia, and is now demonstrating against the government’s treatment of nurses.

If I could say one thing to my old classmate the Prime Minister, it would be that we are demoralised and devalued; we don’t feel the respect is there anymore.

Philippa and her colleagues will stand in front of the statue of Edith Cavell, the nurse shot in 1915 for helping allied members flee German-occupied Belgium, while wearing a pinny and cape from her early days as a nurse in the 1970s.

She is also raising awareness of the Royal College of Nursing’s Scrap the Cap rally on 6 September.

She added: “I work in an acute lung unit at the Royal Bournemouth Hospital.

“The girls are in their 20s and they are amazing, they have in-depth knowledge of respiratory problems.

“They have degrees and they are being paid a pittance – our pay has been capped for seven years – and because of the low pay and lack of recruitment, we are getting fewer and fewer people coming into the profession.

“We rely on foreign nurses and Brexit is going to make people worried about coming to Britain.

“If I could say one thing to my old classmate the Prime Minister, it would be that we are demoralised and devalued; we don’t feel the respect is there anymore.

“The fact that we are not receiving the remuneration we deserve tops it off.

“We are nurturers – we want to look after people.

“She should let us do that without having to rely on foodbanks to make ends meet.”