DJ Format and Abdominal are heading to our shores again! After another successful tour earlier this year, the infamous hip hop duo are heading out once again to showcase their very first full-length album together, Still Hungry. Still Hungry was released in May this year and saw the guys played live on BBC 6 Music […] 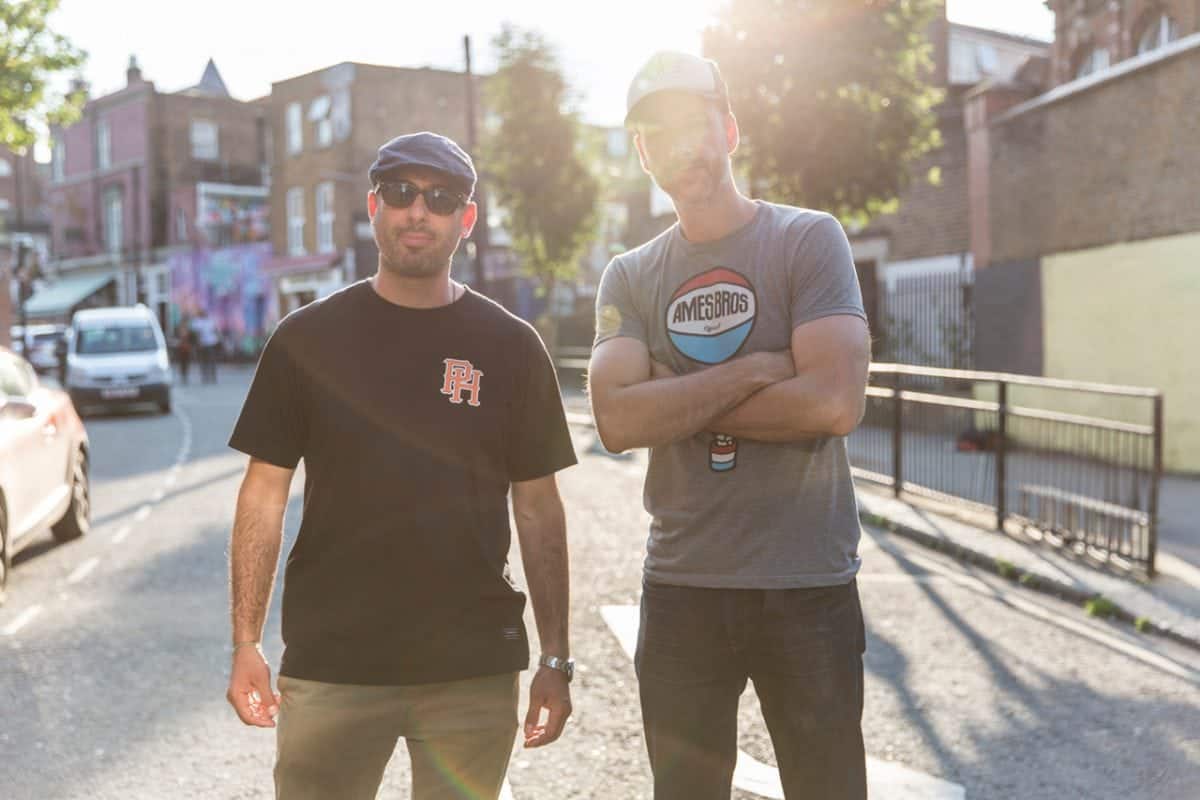 DJ Format and Abdominal are heading to our shores again! After another successful tour earlier this year, the infamous hip hop duo are heading out once again to showcase their very first full-length album together, Still Hungry.

Still Hungry was released in May this year and saw the guys played live on BBC 6 Music with Lauren Laverne as well as London’s very own Soho Radio. The first single from the album, ‘Behind the Scenes’ was play listed on 6Music and received more than 50 plays on the station.

The duo kindly took the time to fill TLE in on what they’ve been up ahead of their  show at the Garage, Highbury and Inslington, this Saturday.

What can fans expect on your upcoming tour? Any surprises in store?
ABS: Not really any surprises to be honest, aside from possibly some costumes for the first few gigs, which happen to fall on or close to Halloween! It’ll just be our usual high-energy, no-nonsense, straight up hip-hop show (ie. two turntables and a microphone)!

DJF: Yeah it’ll be no-nonsense, straight up hip hop….except for when we dress up in Halloween costumes and perform a cover version of Michael Jackson’s ‘Thriller’ haha!

Are there any dates you are particularly looking forward to playing?
ABS: It sounds like I’m trying to be diplomatic, but all of them really! It’s been over three months since DJ Format and I have hit the stage together, so looking forward to picking up right where we left off at the end of our last tour back in June.

DJF: I’m personally looking forward to the three Halloween shows because it’s not often you can perform a Hip Hop show in fancy dress! I definitely take my music seriously but it’s also really important to entertain and have fun so the idea of everyone being dressed up as vampires and zombies sounds like a proper good laugh to me.

Are there any cities that treat you particularly well?
ABS: On the whole, the UK has always been very good to us, but Glasgow in particular has really been showing support of late. This tour was meant to mostly focus on cities we missed back on our May/June run, but from the moment we announced the schedule, there was a steady outcry of “What, no Scottish dates?!” that eventually got too loud to be ignored, so we had to add a last minute Glasgow gig (Nov. 4 at Drygate Brewery).

DJF:I think Lincoln was especially good when we played there a couple of years ago so I’m excited about playing there again. The big cities like London, Bristol and Manchester have been consistently good to us over the years but it’s good to mix things up and reach the smaller towns where people can be just as enthusiastic and appreciative. I grew up in Southampton in the late ’80s/early ’90s and I know how special it felt when certain artists made the effort to play in our shitty city!

How would you describe the experience of recording Still Hungry?
ABS: I’m not the fastest writer in the world, so creating new albums is always kind of like pulling teeth for me (but enjoyable teeth pulling, if that makes sense?). It also touches on some darker subject matter at times, so wasn’t always easy tapping into the emotions associated with those songs when writing (and recording and performing) them.

DJF: I enjoyed it more and more as we kept writing and recording, I didn’t want to stop! Obviously we had a deadline and had to draw the line at a certain point but I felt we were hitting our stride once we were about half way through the album. At first you just start making random songs without overthinking things but after a while you have to sit back and see how the album is starting to take shape, what is missing, which songs maybe sound too similar, which songs could be potential singles? That’s when I start to really enjoy the process and although it feels satisfying when you eventually finish, it also feels sad that everything is over with. I’d happily stay locked away in my studio making more and more albums if I could but promoting and performing the music is almost as important as the creating of the music itself.

When did the writing process begin?
ABS: Shortly after the ‘Ten Year UK Reunion Tour’ I did with Format back at the end of 2015.

What were you listening to while recording this record?
ABS: Nothing in particular really; just my usual weird blend of eclectic stuff from various sources.

DJF: I mostly just listen to old ’60s and ’70 music from my collection because that’s usually what I sample and draw inspiration from. Occasionally I might listen to some old hip hop records but it’s better if I bury my head in old jazz, soul, funk and rock because I’m much more likely to hear something that sparks an idea for a song.

Besides records, what have been some of the key influences and themes on the new album?
ABS: As far as influences, just life, as always. And a central theme, for me anyway (can’t speak for Format!), was living with and being resilient through hardship.

DJF: I was really influenced by hearing people’s enthusiasm for our old songs while we were doing our reunion tour in 2015. It made me realise that although I wanted to do something a little different to our previous work, we should appreciate the fact that some people want to hear more of what we do best. There’s not too many hip hop artists making funky up-tempo songs with witty brag raps and lots of scratches in 2017 so why not make a couple of songs like that for old time’s sake.