"We all know that the world needs the UK much more than the UK needs the world." 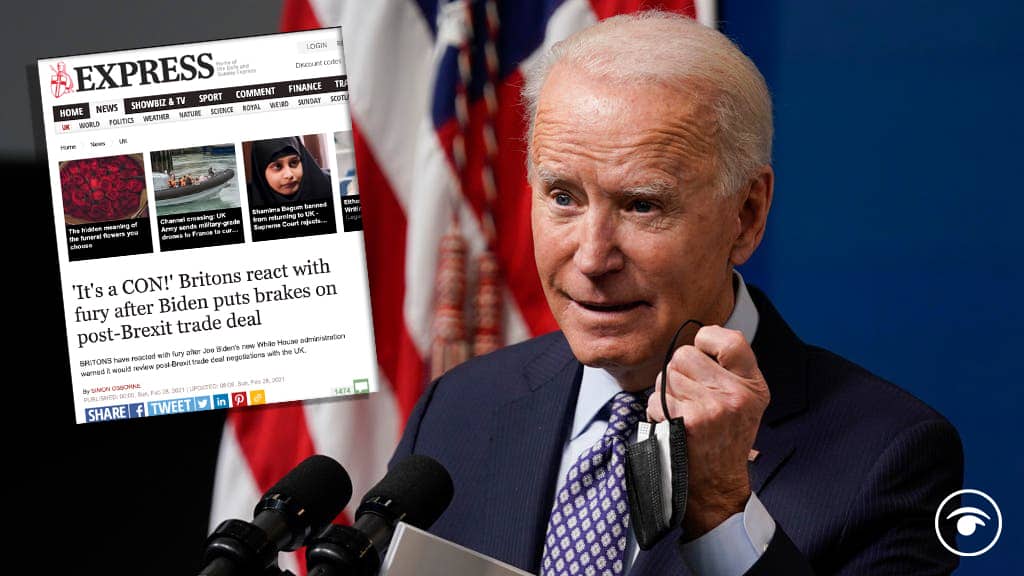 The Express was forced to face up to an unwelcome dose of Brexit reality after US president Joe Biden reportedly ‘put the brakes’ on a trade deal with the United Kingdom.

The right wing rag, which campaigned ferociously for Britain to leave the EU in 2016 and celebrated with a ‘We’re Out’ front page shortly after, said Brits had been ‘conned’ after talks of a huge trade deal with the US were pooh-poohed by Katherine Tai, Biden’s top trade nominee.

She said there was a need to “review the discussions and the negotiations so far, in the light of (recent) developments” in a shift that was predicted by this paper last July.

The comments have sparked fury among Brexiteers who were promised a lucrative free trade deal with the US once the UK had been unshackled from the EU.

One furious Express.co.uk reader said: “Tell them to stick their trade deal where the sun doesn’t shine!

“It’s not a trade deal! It’s a CON! We always end up giving more and receiving less and receiving inferior substandard goods. Plus being ripped off!”

Another said: “It’s high time to review our relationship with the US, no more lap dog attitude.

“It’s time for the UK to make its own decisions, special relationship has always been one way.”

But in a repeat of the ‘religious’ aspects that underpinned the Brexit campaign one person took the biscuit by saying: “We all know that the world needs the UK much more than the UK needs the world.”