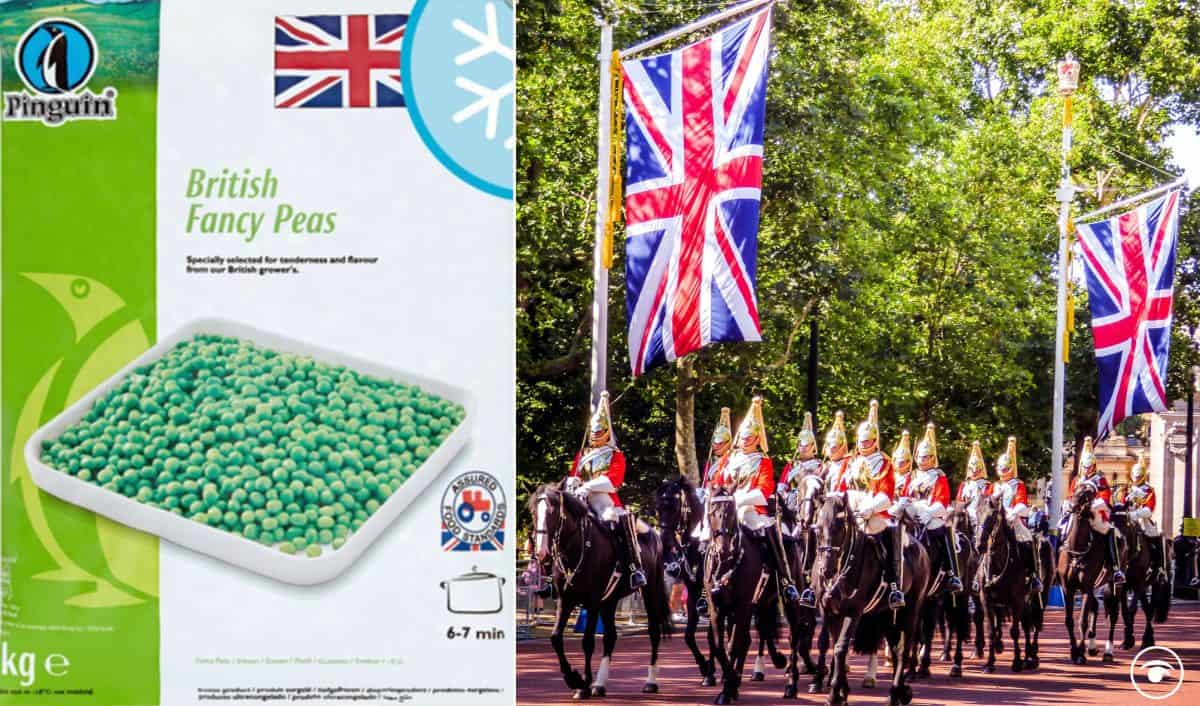 Food items such as petis pois and Brussels sprouts could become a thing of the past in the UK as supermarkets move to ‘de-Europeanise’ the names of common products.

A surge in flag-waving nationalism has led manufacturers to change a number of foods stocked commonly in supermarkets such as Tesco and Asda, to much derision on social media.

And in the Co-Op ice cubes are labelled as being ‘made with British water’.

The rebranding exercise comes on the back of a Buy Britain campaign launched by the same Blue Collar Conservative group of MPs who helped Boris Johnson sweep through the Labour heartlands a year ago.

It also comes amid rumours that the PM could be set to launch a ‘buy British fish’ marketing campaign to stave off post-Brexit disruption.

Earlier this year Jacob Rees-Mogg made the headlines after he claimed that fish captured after Johnson’s Brexit deal came into effect are “happier” because they are “British”.

So for example “Petits Pois” (a term much of the world uses regardless of where they come from) has now become “British fancy peas” with Union flag. pic.twitter.com/FrEf0phiAZ

…you can now enjoy a Haggis in the safety of your home without a worry or even a thought about Scotland with the “Great British Haggis”.. pic.twitter.com/FP7AJax4dg

Not hungry?
Just thirsty for a cocktail – need some ice cubes?

What’s that though matey – no foreign ice cubes for me!

I demand the the real cold patriotic watery taste that only British frozen water can provide… pic.twitter.com/ysBr7tD99b