It helped create an "emotional disconnect" from expert advice which took advantage of the "willingness of true believers". 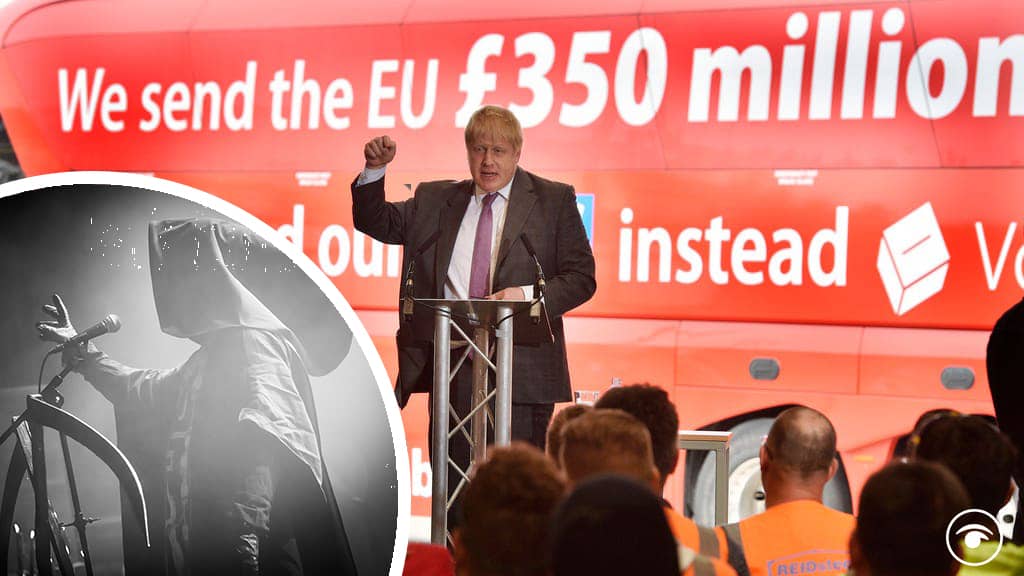 A report by the Universities of Birmingham and Warwick has found the Leave campaign made Brexit a new religion to win votes by focussing on secularised theological concepts such as sovereignty and the concept of a nation.

The document revealed that slogans such as “take back control” used the NHS as the country’s Holy Grail that could be rescued from European forces that threatened Britain’s unique historical place in the world.

Co-author Dr Peter Kerr, senior lecturer in politics at the University of Birmingham, believes placing it at the heart of the Brexit narrative showed “shrewd political calculation”.

“Framing the NHS as the Holy Grail to be rescued from the threat of the EU superstate and an influx of foreign migrants – symbolised by the ‘Brexit Bus’ – neatly cut into a variety of beliefs and emotions about Britain’s place in the world and its membership of the EU.”

The researchers noted there was clear differences in reasoning between Leave and Remain supporters, with the former more likely to appeal on emotion, rather than political or economic reasons.

Dr Steven Kettell, associate professor in politics and international studies at the University of Warwick, explained: “Such quasi-religious narratives worked to heighten the intense emotional fervour around Brexit and led many of its adherents to distance themselves from various facts about its potential future implications.

“This approach effectively insulated claims about Brexit from any sort of rational critique.

“This emotional disconnect from expert advice, along with the willingness of true believers to accept various assertions, created the ideal conditions for the now famous NHS ‘lie’ on the side of the Brexit Bus to play a pivotal role in securing victory for the Leave campaign.”

“Paying the price” for the decision

The report claims this led to support for a hard Brexit soaring, including a no-deal which would likely have devastated the UK’s economy.

Responding to the research, Liberal Democrats MP Alistair Carmichael claimed the UK was already “paying the price” for the decision.

He said: “It should come as no surprise that a nationalist movement like Vote Leave encouraged people to put blind faith in false promises ahead of reality.

“We have to learn the lessons of Brexit and not repeat them.

“There are plenty more nationalist prophets out there who want people to follow them on faith without asking questions.

“We can only move forward as a country, however, if we challenge those who offer easy answers to complicated problems.”