Alexander Nevzorov said none of the so-called military analysts had factored in the "beyond-furious" resistance of Ukraine and "complete lack of military prowess" of the Russian army at the start of the war. 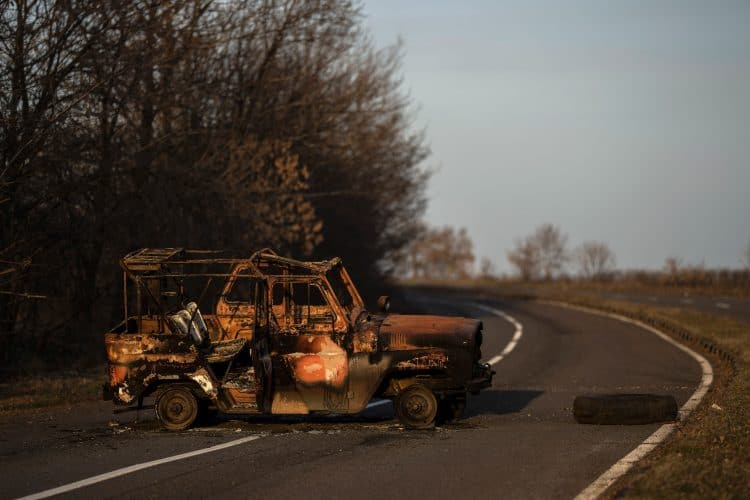 Russian forces appear to have halted their ground offensive aimed at capturing Kyiv in a sign that Moscow could be narrowing its war aims.

According to US reports, forces in Ukraine appear to be now concentrating on gaining control of the Donbas region in the country’s southeast – a shift the Kremlin seemed to confirm.

Col-Gen Sergei Rudskoi, deputy chief of the Russian general staff, said the main objective of the first stage of the operation — reducing Ukraine’s fighting capacity — has “generally been accomplished”, allowing Russian forces to focus on “the main goal, liberation of Donbas”.

The seeming shift in Moscow’s stated military objectives — after weeks in which Russian President Vladimir Putin denied Ukraine’s right to exist as a sovereign country and appeared bent on capturing many of its cities and toppling its government — could point to a possible exit strategy for Russia, which has run into fiercer resistance and suffered heavier losses than anticipated.

In fact, the Russians are no longer in full control of Kherson, the first major city to fall to Moscow’s forces, a senior US defence official said.

The official said the southern city is being contested by the Ukrainians in heavy fighting. The Kremlin denied it had lost full control.

According to Telegraph reports this weekend, there was one man who predicted this unfolding debacle with uncanny accuracy.

Alexander Nevzorov, a Russian political journalist and former MP, warned in a video last year how the “now clearly inevitable war with Ukraine” would go.

“The so-called military analysts will be feeding everyone the terminological nonsense about burning strategic corridors for the tank divisions, and behind them convoys of infantry heading for Kyiv. This is complete nonsense,” Mr Nevzorov said.

“None of them factor in the beyond-furious resistance of Ukraine and the complete lack of military prowess of the Russian army.”

The video, recorded in April last year, said that the Russian military is plagued by corruption and warned of 5,000 casualties in the first week.

“It’s best not to familiarise anyone with the real capabilities of the Russian army,” he said. “Everybody now believes in the power of the Russian military machine. But military exercises are just a performance on an imaginary piano.

“You can pretend until someone shoves a real piano under your hands. That’s when the humiliation starts. It will turn out that the great pianist can’t even play Twinkle, Twinkle with one finger.”

Related: Fourth vaccine: Here’s who will be invited for a ‘Spring Booster’ this week