The Maserati Ghibli Trofeo is a very Italian take on the V8 muscle car. How well does it fit the bill? We take an in depth look. 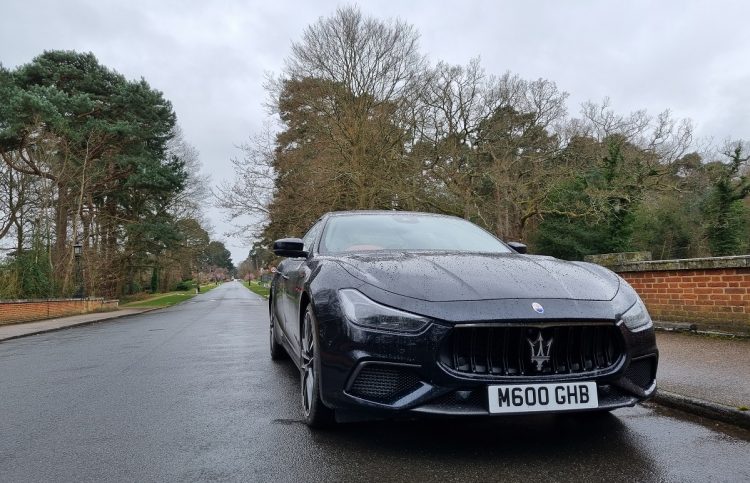 When you think of large, aggressive, V8 engined cars, your first thought is probably towards ‘Murica. Those hillbillies and their massive trucks. No one does muscle cars like them, either. The Maserati Ghibli Trofeo being Italian, however, things are done in an altogether sleeker manner. Don’t be fooled by the relaxed aesthetics. This is still a large, aggressive, V8 engined car.

The Maserati Ghibli Trofeo is a bit of a head scratcher on first impressions. Save for the odd splash of red and a Trofeo logo adorning the front wing, it just looks like a Ghibli. That’s no bad thing, although lesser Ghiblis in the rage have received mixed reviews. Can the mere presence of 3.8-litre Ferrari V8 engine lift the Ghibli to the level the pricing promises? Short answer: yes. Yes, it can.

The availability of 580hp and 730Nm of torque will transform most things. In the case of the Ghibli, it launches it to super saloon stratus. Yet Maserati has opted to keep the rear wheel drive set up. This means that – let me reach for my book of stereotypes – it feels like a mafia boss. On first impressions it’s elegant and charming; then you make a false move and it’ll pop a horse’s head in your bed. Push the boundaries with your right foot and you could quickly find yourself sleeping with the fishes.

I love that about the Maserati Ghibli Trofeo. It feels like the big brother of the Alfa Romeo Giulia Quadrifoglio. Another RWD, mildly terrifying saloon from under the Stellantis umbrella, it cranks up the opulence and power.

The Maserati Ghibli Trofeo is at once elegant and brutal. The V8 rumbles pleasingly into life on startup, but then you get consumed by the plush interior. It’s very easy to get acquainted with. On first drive, it ambles around town nicely. Speed bumps and potholes don’t pose too many problems. It’s not overly large, either, so it’s not terrifying along narrower passages. Parking is easy.

If that’s all you want, then other Ghiblis are available. This being the Maserati Ghibli Trofeo, however, that engine is very much the centrepiece of the whole ensemble. Derived from the same unit found in the Ferrari Roma and Portofino, it is shared across the Maserati Levante Trofeo and Quattroporte Trofeo, too.

0-62mph takes 4.3secs. It will top 200mph. There is always so much power available. Whilst it’s not the fastest off the line – four wheel drive equivalents will best it – it delivers in spades from rolling starts. Not that it’s slow off the line, of course. The recent surge in power and technology has made 4.3secs look a bit meh. There’s more to driving than that, though.

On a cruise down to West Wittering with the family, the Maserati Ghibli Trofeo was absolutely in its element on the A3. It was quiet and refined when the kids were asleep in the back, yet there was also plenty of grunt to keep the journey progressing.

Still being a child myself, it made rather a pleasant noise passing through the Hindhead Tunnel, too. The V8 doesn’t insist on itself too much. You always know it’s there, but it only really starts to raise its voice when you prod it. You’re always in command. On long cruises, it’s a perfect companion.

What’s the Maserati Ghibli Trofeo like to live with?

That companionship is enhanced by the interior. It’s a lovely environment to be in. The infotainment system is one of the clearest and easiest to use I’ve encountered and, personal preference, I like the touch screen set up.

The seats are supremely comfortable, with plenty of adjustability and there’s Isofix in the rear. Embed yourself in them for the long haul and they don’t leave you with a sweaty back – the ventilation takes care of that. A massage functionality would’ve been nice, but I’m nit picking there.

It also had enough storage space to transport the four of us to the beach. Buggy and seat for the baby, toys, a picnic, blankets, change of clothes; they all went in the boot. You’d fit the weekly shop in here no problem at all.

For commuting, it’s a breeze. The Maserati Ghibli Trofeo doesn’t draw too much attention to itself. It’s more elegance than muscle on the outside, rendering it somewhat understated.

The four drive modes don’t initially make too much difference until you hit the throttle. I.C.E is the petrol saving mode, so responses are on the relaxed side. Normal is, well, pretty normal. There’s enough to keep you progressing. Sport really livens up the responses and corsa takes things to the extreme. It switches off the stability control and enables you to activate launch control. Being honest, I’m not a good enough driver for that. If all 1969kgs (over two tons once I’ve parked my arse down) go wayward, I don’t have the talent to pull that back.

Even in normal mode, if you’re too firm with the throttle things can get squirmy. It rewards a smoother, more progressive approach to pedal modulation.

What’s the Maserati Ghibli Trofeo like on a B-road?

Such heavy, larger cars can often be fatally dynamically compromised. The Maserati Ghibli Trofeo, however, was a car I enjoyed pointing down a decent B-road. An evening in the Surrey Hills, with its undulations and narrow lanes, was one well spent. The mixture of smooth and bumpy surfaces were all taken in its stride.

Along one such rickety surface, the Maserati Ghibli Trofeo was impressive in its composure. In other cars I’ve felt like I’m about to be flung into the verge. In the Ghibli, it was perfectly stable with enough feedback to communicate what was happening.

As you’d expect, the steering isn’t the last word in feedback. It’s precise and accurate and makes threading it along the road easy enough. There’s also enough there to work with and you do feel involved with the drive when you want to be.

The flappy paddles, fixed behind the steering wheel, also request to be used. Working with the Maserati Ghibli Trofeo’s eight-speed box, I found myself reaching for them far more often that I thought I would. I usually leave the car to its own devices – it’s cleverer than me – but they brought something to the party here. Decked out in carbon fibre as part of the interior carbon pack, they were also nice to the touch. Such things do make a difference. The VW Group should take note.

With 580hp and a Ferrari V8 singing away, there’s plenty to enjoy about the Maserati Ghibli Trofeo in any setting. I did enjoy it more than I thought I would on my favourite roads, though.

If you want to blend into the background, at least until the point you open the taps, then there’s a lot to commend the Maserati Ghibli Trofeo. A subtle exterior, a plush interior and a Ferrari V8… that’s something we can all get onboard with.

There’s an emphasis on luxury, but it doesn’t come at the cost of performance. It’s a car that goes its own way and stands out in its own right. The Maserati Ghibli Trofeo has enough virtues to make it a viable alternative to the German super saloons it’s up against.

There’s a refinement and an elegance that few can match. The Ferrari V8 is also an engine that I had fallen in love with when reviewing the Maserati Levante Trofeo last year. You’d never grow weary of its battle cry.

We’re back at the cost, though. There’s no denying it’s expensive. When you have this much to spend, there will always be the luxury of choice. Does it deliver something that others don’t? From a contrarian perspective, it’s not a German saloon. There’s undeniable Italian flair to it and a sense of occasion that commences when the engine first roars through the cabin.