It comes after the prime minister was spotted standing alone at a NATO summit as other world leaders appeared to ignore him. 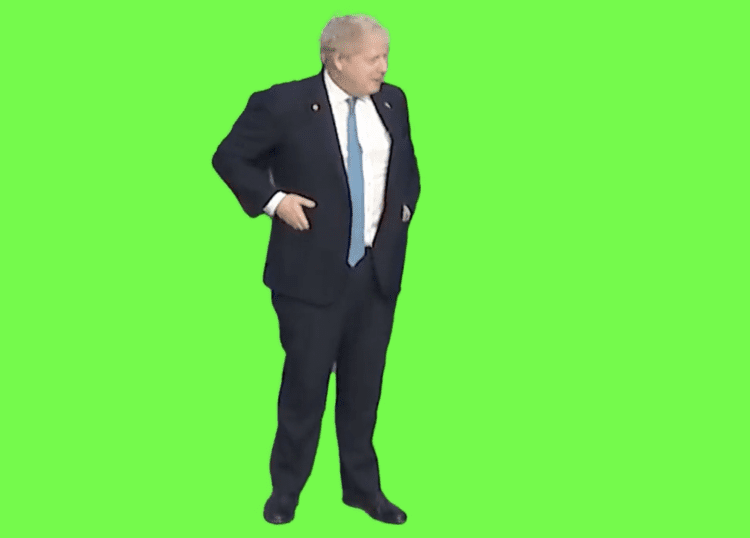 Last week Boris Johnson was a source of ridicule on the internet after a video of him looking lost with his hands in his pockets at a NATO and EU summit went viral.

The French president Emmanuel Macron could be seen shaking hands and smiling with other EU leaders only a few feet from the UK prime minister who looked around awkwardly as he waited for a greeting.

Social media users branded the UK an “embarrassment” in response to the clip while others quipped that the video shows what world leaders think of “global Britain.”

Many people shot back that the video didn’t tell the whole story and a longer version showed people greeting the PM.

However, the lasting image is of a leader who is out of touch and out of the loop.

It seemed too good an opportunity to miss for certain social media whizzes, and a green screen behind the beleaguered PM circulated on social media soon after allowing people to add their own backgrounds – many of whom took their chance with gusto.