“Aside from the issue of how these volunteers are even going to be recruited, the idea that they will not be required to undertake DBS checks when they will be on school premises working with children is outrageous." 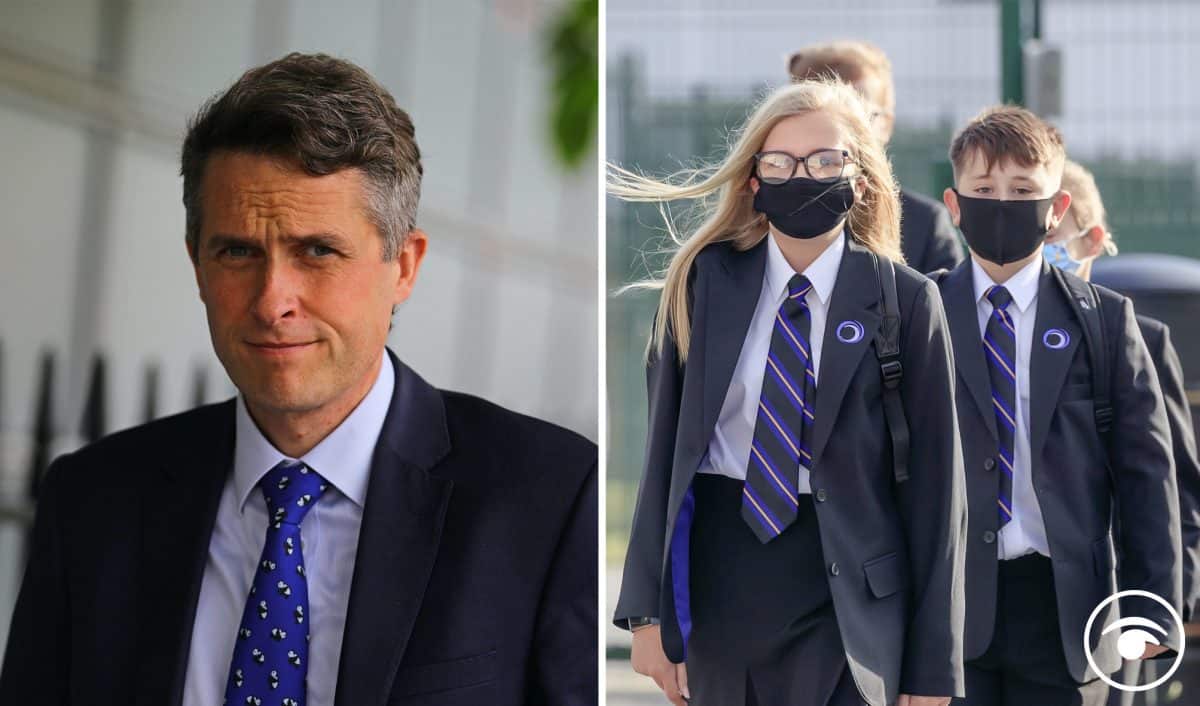 A headteachers’ union has said it will not be possible to recruit and train all the volunteers needed to carry out Covid-19 tests for students.

The Government has announced that secondary school and college pupils’ return to class in England will be staggered in the first week of January to help headteachers roll out mass testing of students.

Schools minister Nick Gibb said the tests will be administered by volunteers and agency staff, rather than teachers, and further details on how it will work will be published next week – when most schools are closed for Christmas.

Volunteers carrying out rapid Covid-19 tests in schools in January will not need a Disclosure and Barring Service (DBS) check because they will be “supervised” by staff, Mr Gibb told LBC.

Geoff Barton, general secretary of the Association of School and College Leaders (ASCL), told the PA news agency: “The plans outlined at the last minute by the Government for mass testing in schools and colleges from the start of the spring term are undeliverable in that timescale, and it is beyond belief that they were landed on school and college leaders in such a cack-handed manner.

“It is not possible to recruit and train all the people needed to carry out tests, and put in place the processes that would be necessary, over the Christmas period, and it is extremely regrettable that the Government has given the public an expectation that this will happen.”

The plans to start lessons online for secondary school and college students – apart from exam-year pupils, key workers’ children and vulnerable youngsters – in the new year were announced on the final day of term for many schools.

Paul Whiteman, general secretary of school leaders’ union NAHT, warned that schools will “struggle to have testing ready for the start of term” if details on how it will work are not released until after Christmas.

Mr Gibb told BBC Breakfast the Government will release “very detailed guidance” about what needs to be in place for testing next week, and acknowledged there will be “work to do” over the next fortnight.

He added: “The logistics for carrying out those tests will be volunteers and agency workers so it won’t be teachers that will be carrying out the tests.”

But teaching unions criticised the Government’s decision not to require volunteers to have background checks before administering tests to children.

Dr Patrick Roach, general secretary of teaching union NASUWT, told PA: “Aside from the issue of how these volunteers are even going to be recruited, the idea that they will not be required to undertake DBS checks when they will be on school premises working with children is outrageous.

“The fact that the details of how this mass testing is going to be undertaken are only going to be published next week, when schools have already closed for Christmas, leaves teachers and school leaders with no time to prepare and is symptomatic of the chaos and confusion of the Government’s approach to managing both coronavirus in schools and the test and trace programme.”

Kevin Courtney, joint general secretary of the National Education Union (NEU), said: “We are very concerned that Nick Gibb can be so blase about allowing volunteers to carry out the close contact work of testing with no proper checks on backgrounds.”

On Thursday, Education Secretary Gavin Williamson announced the majority of secondary school and college pupils will start the term online and all face-to-face lessons will resume on January 11.

The announcement came after Mr Williamson threatened legal action against Greenwich council earlier this week after it advised schools to switch to remote education for most pupils in the last week of term.

Council leaders in Waltham Forest and Islington – who had also advised schools to move to online learning for the last few days of term amid rising coronavirus rates – were told to retract their advice.

Senior Conservative MP Robert Halfon, chairman of the Education Select Committee, described the Government’s decision to delay the return to face-to-face teaching in January as “wrongheaded”.