“The only people who should be ashamed of themselves are Boris Johnson and the rest of his government for letting our children go hungry." 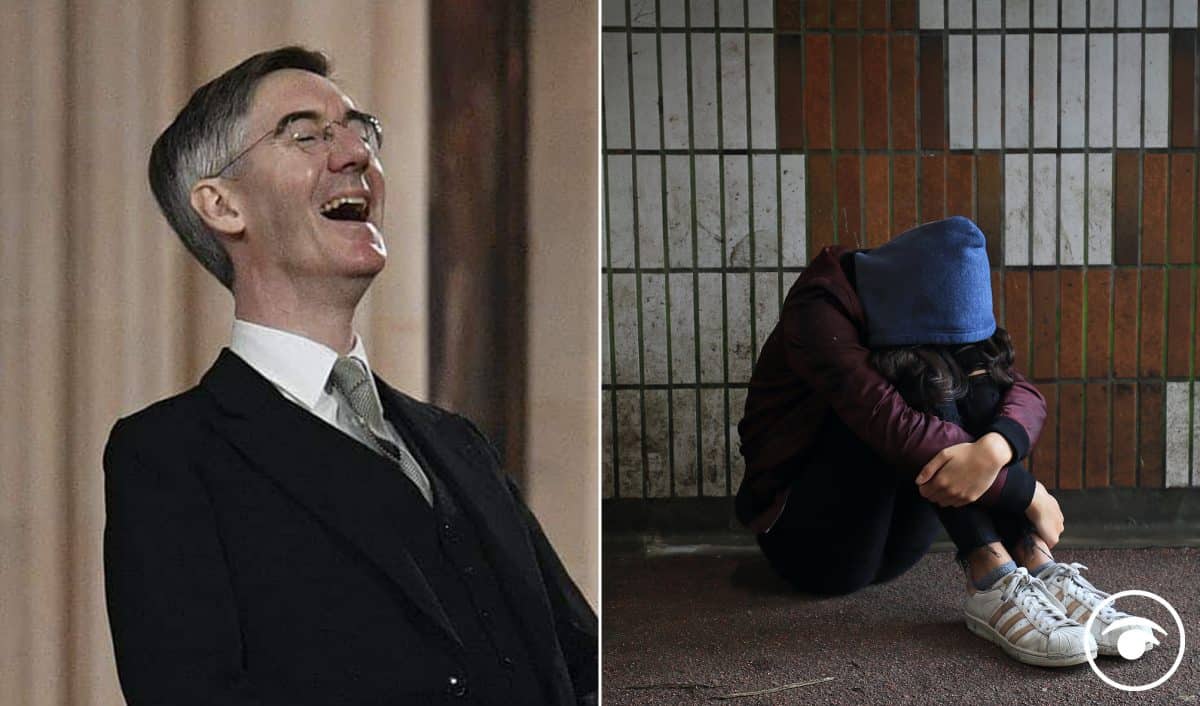 A scheme providing free school meals to all primary school pupils in one of the UK’s poorest boroughs faces the axe as a result of funding cuts, reports The Guardian.

It came on the same day that Jacob Rees-Mogg came under fire for accusing Unicef of a “political stunt” for stepping in to help feed hungry children in the UK.

Also the overall gap in life expectancy between the most and least deprived areas in England is increasing, according to the latest data in the Chief Medical Officer’s Annual Report.

Due to severe funding problems Newham council said its universal free school meals (USFM) scheme was no longer affordable. Half of all children in who live in this borough live in poverty, making it the second poorest in England.

Newham’s scheme has guaranteed all three- to 11-year-olds in th London borough a free dinner during term time.

The Labour MP for East Ham, Stephen Timms, said: “I sympathise with Newham council, who have been financially squeezed and are under huge pressure. But at a time when the universal free school meal scheme is needed now more than ever I believe this particular cut should not go ahead.”

Rees-Mogg, the Commons leader, defended the government’s response to tackling child poverty and said Unicef should be “ashamed of itself”.

“I think it’s a real scandal that Unicef should be playing politics in this way when it is meant to be looking after people in the poorest, the most deprived countries in the world, where people are starving, where there are famines and there are civil wars,” he said. “And they make cheap political points of this kind, giving, I think, £25,000 to one council. It is a political stunt of the lowest order.”

He was slammed for his comments. Labour’s deputy leader, Angela Rayner, said: “The only people who should be ashamed of themselves are Boris Johnson and the rest of his government for letting our children go hungry. In one of the richest countries in the world, our children should not be forced to rely on a charity that usually works in war zones and in response to humanitarian disasters.”

Chris Price, who runs Pecan food bank, said: “It is not a stunt. My food bank fed 461% more children in the six months from April to September. That’s over 3,000 extra children. It’s not about politics, it is about children’s health and wellbeing.”

The overall gap in life expectancy between the most and least deprived areas in England is increasing, according to the latest data in the Chief Medical Officer’s Annual Report.

Professor Chris Whitty’s 2020 report also showed that poorer populations spend a greater proportion of their life in ill health; that women are having children later in life, and cases of dementia and mental illness are on the rise.

Life expectancy was the lowest for people living in north Cumbria, County Durham, and in areas of Lancashire and Yorkshire in 2019, where the average age of death was between 74 and 79, compared with southern areas where it was between 81 and 85.

The report also showed that babies are more likely to die at birth in the most deprived areas of the UK, and among some ethnic minority groups.

The Covid-19 pandemic is amplifying the disadvantages faced by children across the UK, the nation’s children’s commissioners have warned.

They also warn that Brexit poses significant challenges to the rights of children across the country, and say it will weaken legal protections for them.

Children’s commissioners from Scotland, England, Wales and Northern Ireland have raised 30 areas of concern to the UN Committee on the Rights of the Child in their five-yearly “report card”.

They call on the UK and devolved governments to address the disadvantages they say children and young people are facing in a joint report to the United Nations.

In Scotland, an estimated 24% of children each year lived in relative poverty in 2016-19.

The report found that disabled children across the UK have been disproportionately affected by austerity and the pandemic.

Related: Ress-Mogg is wrong, “playing politics” is cutting aid under the banner of Global Britain