“When we came here we couldn’t speak any English, we had no friends. Now we have friends, I have a job, my children go to school, now we have a dream,” 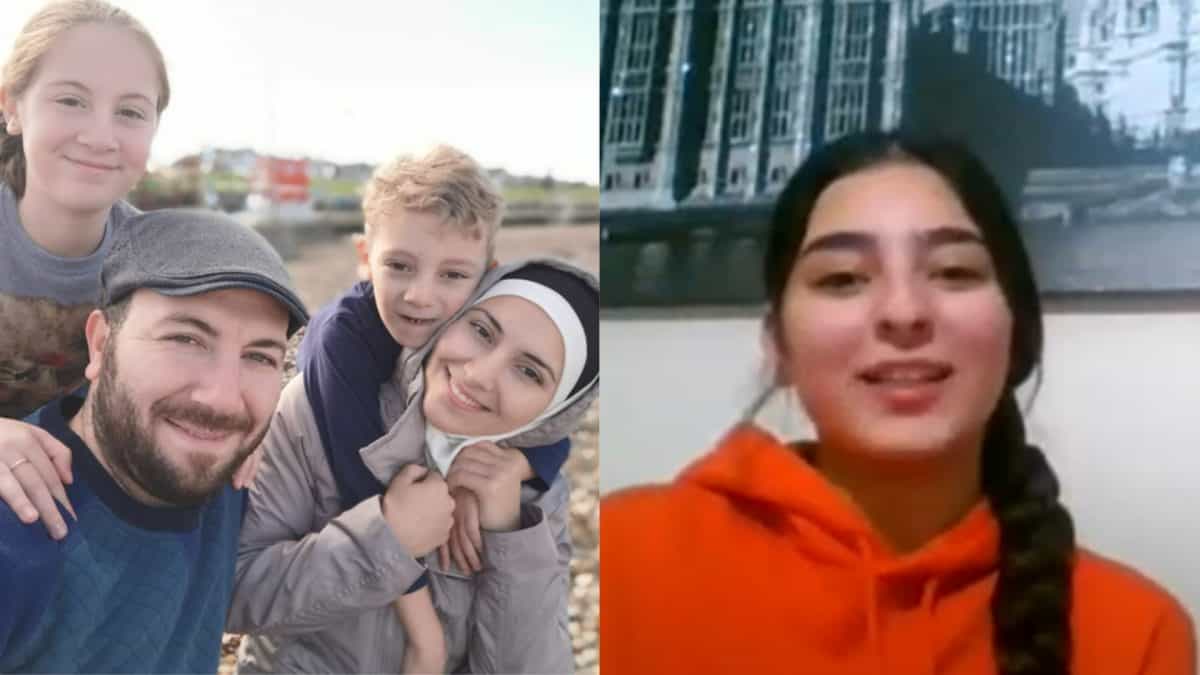 Syrian families have shared their experiences of their first Christmases in the UK for a video.

Charity Migrant Help has released a film featuring five Syrian refugee families who have resettled in the UK, reflecting on life since leaving the war-torn country.

The video comes as it is estimated 5,664 migrant children will be spending their first Christmas in the UK this year.

Mahmoud, whose children appeared in the video, told the PA news agency: “We left my country in 2012 and we had no dreams.

“When we came here it was difficult, but Migrant Help has made it easier for us, they have been supporting us.”

Mahmoud and his wife Khawla came to the UK in January of 2018 with their children Lilian, aged 10, Laian, eight, Laith, aged five, and four-year-old Wasef.

The family left Syria in 2012, living in Jordan for six years before settling in Kent.

“When we came here we couldn’t speak any English, we had no friends. Now we have friends, I have a job, my children go to school, now we have a dream,” he told PA.

“I’m not worried about my children’s futures now because they have lots of opportunities in this country.”

The film, titled I Have Dreams, hopes to be a source of comfort to children experiencing their first Christmas in the UK this year.

It contains several stories of the struggles families faced, and their hopes going forward.

Mahmoud’s daughter Lilian told PA: “I am happy I’m sharing my ideas and sharing my life, that I’ve been struggling, and now I want to tell them (viewers) I’m happy here, I love to make friends, and learn so much English.

“I want to be a doctor so I can help people and make them feel happy, I don’t want people to be sick or sad… I want them to feel great.”

Mahmoud, who has volunteered for Oxfam and now works as a delivery driver, told PA: “We are grateful to be in this country because we can be safe. Migrant Help has made it easier for us.”

He told PA that his biggest dream is to see his mother, whom he hasn’t visited since he left Syria.

Anna Ware, Migrant Help’s director of strategy and engagement, said: “Refugee and asylum seeking families we support have the same hopes and dreams as other families in the UK, and with targeted support it is clear that life can become easier.

“Through our I Have Dreams project we seek to shed light on, and give voice to, the dreams of vulnerable people in the UK who have been victims of exploitation or displacement.”