"We cannot stand for the partition of the UK," said the man who doesn't understand the Northern Ireland protocol. 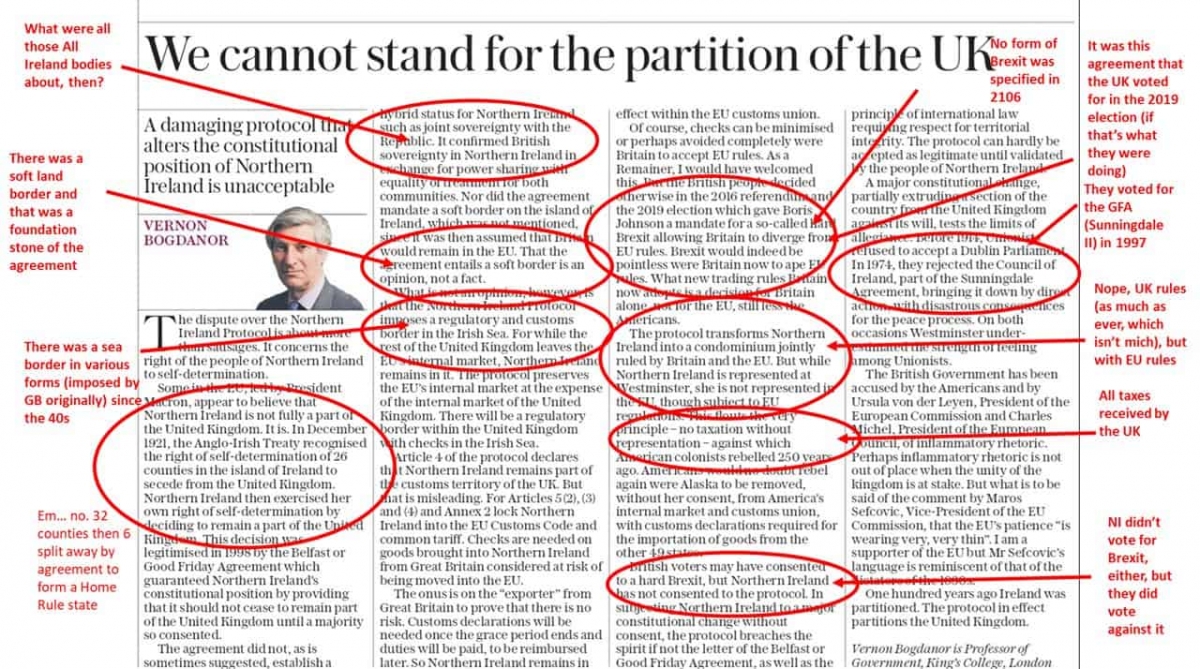 A Daily Telegraph article criticising the European Union’s attempt to “partition the UK” has been ripped to shreds by a finance expert in Ireland.

Vernon Bogdanor said a “damaging protocol” that alters the constitutional position of Northern Ireland is “unacceptable” in a column this week after tensions around the deal came to a head at the G7 Summit.

Boris Johnson repeatedly told European Union leaders the United Kingdom was “indivisible” at Carbis Bay, saying he will do “whatever it takes to protect the territorial integrity of the UK.”

Unfortunately, the deal he struck with the bloc goes a long way in doing just that.

After saying there would be a post-Brexit border down the Irish Sea “over my dead body” in August, the PM has been caught in a ‘sausage war’ over the implementation of the treaty as a grace period comes to an end.

It seems to have taken a few people by surprise, with Bogdanor saying we “cannot stand” for a partition that was agreed upon over 17 months ago.

Thankfully, we have the faithful Twitterati on hand to point out their mistakes:

I suppose this has to be done. That Vernon Bogdanor article in all its glory. @BrigidLaffan pic.twitter.com/GzntN0SbBO