The PM is reportedly considering bypassing the Northern Ireland protocol so British sausages can continue to be sold there. 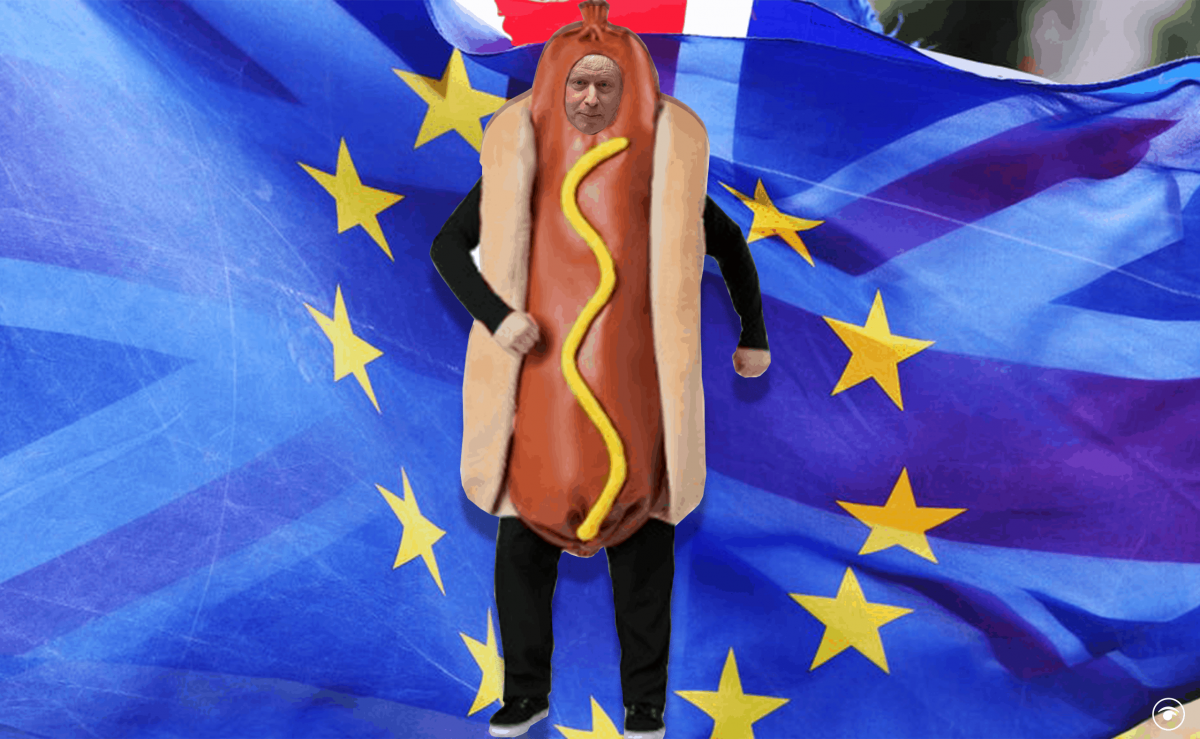 Brussels has delivered a sharp warning to Boris Johnson that it is ready to act “firmly and resolutely” to ensure the UK abides by its commitments in the Northern Ireland Protocol of his Brexit deal.

The Daily Telegraph reported the UK is unilaterally considering extending a “grace period” to allow Northern Irish shops to continue selling chilled meats – including sausages and mince – from Britain once it expires at the end of June.

But in an article for the paper, the European Commission vice president Maros Sefcovic said they would “not be shy” in taking action to ensure that the UK abides by its international commitments.

Britain has already angered Brussels by unilaterally extending grace periods in the protocol on supermarket goods and parcels.

Ahead of talks on Wednesday with the Brexit minister Lord Frost to discuss the implementation of the protocol, Mr Sefcovic said the commission would not tolerate further failures of compliance by London.

“Unfortunately, we see numerous and fundamental gaps in the UK’s implementation – even though the protocol entered into force over 17 months ago,” he said.

“Mutually agreed compliance paths, with concrete deadlines and milestones for the UK to fulfil its existing obligations, would therefore be an important stepping stone – and, I believe, a credible outcome of this joint committee.

“If this does not happen, and if the UK takes further unilateral action over the coming weeks, the EU will not be shy in reacting swiftly, firmly and resolutely to ensure that the UK abides by its international law obligations.”

EU officials said Brussels “was not afraid” to hurt the UK with heavy tariffs on British exports and the suspension of parts of the trade agreement.

A source told the Telegraph the “EU’s patience is wearing thin” and all the tools and all the options would be on the table to hit back.

Mr Sefcovic said the protocol was the “best solution” to ensure there was no return of a hard border between Northern Ireland and the Republic, adding: “No-one knows it better than Lord Frost himself, then the UK’s chief Brexit negotiator.”

The warning comes amid reports that US President Joe Biden will use this week’s G7 summit to impress upon Mr Johnson the importance that he attaches to maintaining the protocol.

Ahead of the gathering in Cornwall, Mr Johnson also discussed the issue in a telephone call on Monday with French President Emmanuel Macron.

Downing Street said that the Prime Minister stressed that “both the UK and the EU have a responsibility to find solutions to address the issues with the protocol”.