Just enough for a pack of Tim Tams each. 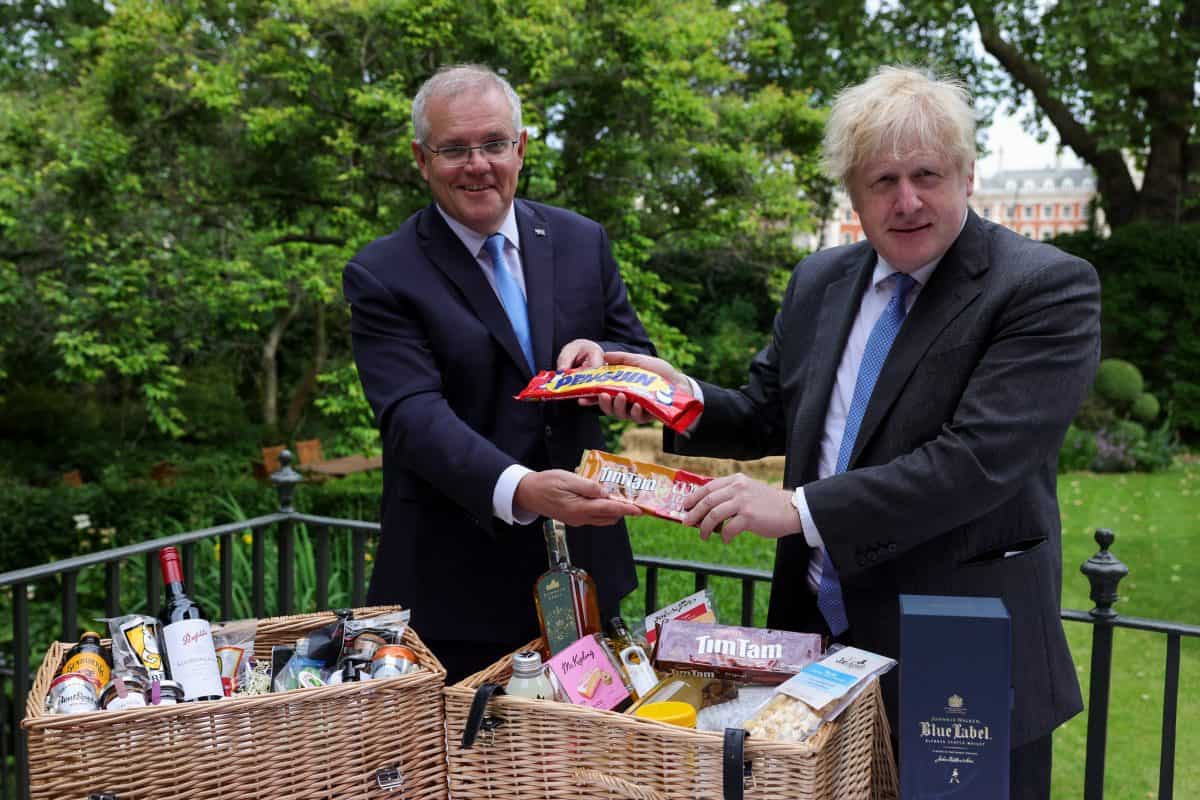 Boris Johnson’s post-Brexit trade deal with Australia is set to save UK households just £1.22 per year, according to Mirror estimates based on Department of Trade figures.

The prime minister put in place the broad terms of a deal that will become the first negotiated from scratch since Brexit today.

He said it marked a “new dawn” in the UK’s relationship with Australia, with British products like cars, Scotch whisky and biscuits set to be cheaper to sell in the tariff-free agreement.

The deal is done! ???? pic.twitter.com/vlgjJqxTUk

However, the Department for Trade admitted the deal would boost GDP by £500 million over 15 years – just 0.025 per cent.

Downing Street also said the removal of tariffs would “save households up to £34million a year” on goods like Jacob’s Creek and Hardys wines, swimwear and confectionary.

There are an estimated 27.8million households in the UK, suggesting No10’s mooted saving is worth around £1.22 per household per year.

Asked if that was worth celebrating, Boris Johnson’s official spokesman said: “What we are celebrating today is the first major trade deal negotiated from scratch by the government since we left the EU.

No10 insisted there will be wider benefits for the whole UK, beyond simply savings on supermarket goods – and they could include Brits going overseas to work in the country.

Downing Street said Brits under the age of 35 will be able to travel and work in Australia more freely.

And they later confirmed farm work requirement on working holiday visas would be scrapped.

Boris Johnson, who agreed the pact over dinner with Aussie PM Scott Morrison, said: “Today marks a new dawn in the UK’s relationship with Australia, underpinned by our shared history and common values.

“Our new free-trade agreement opens fantastic opportunities for British businesses and consumers, as well as young people wanting the chance to work and live on the other side of the world.”