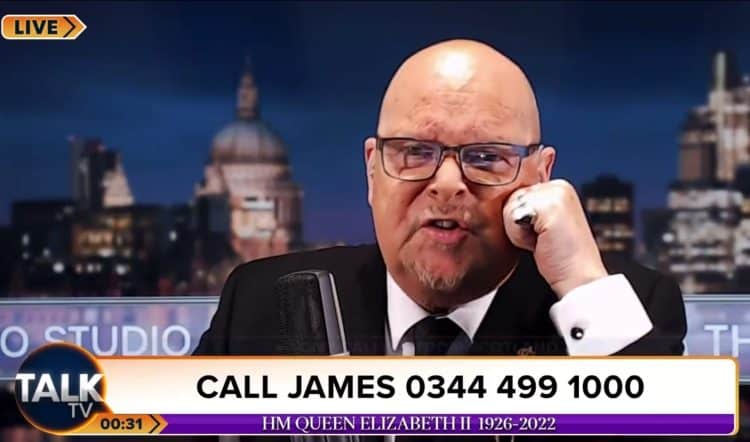 TalkTV host James Whale reacted furiously after a caller asked him to explain why he cares so much about the Queen’s passing.

Mourners in London have been urged not to set off from home to join the queue for the Queen’s lying in state, which is due to close on Sunday.

Thousands of people have made the steady pilgrimage across central London to pay their respects to the late monarch over the past four days.

The Department for Digital, Culture, Media and Sport (DCMS) said it will announce later on Sunday when the queue will close.

But not everyone has been moved by the Queen’s passing.

One caller to James Whale’s TalkTV show asked why the presenter was “subservient to someone you don’t even know”, prompting a furious response.