Two people have been arrested, after hundreds of locals took to the streets of Leicester - police are investigating the root cause of this unrest. 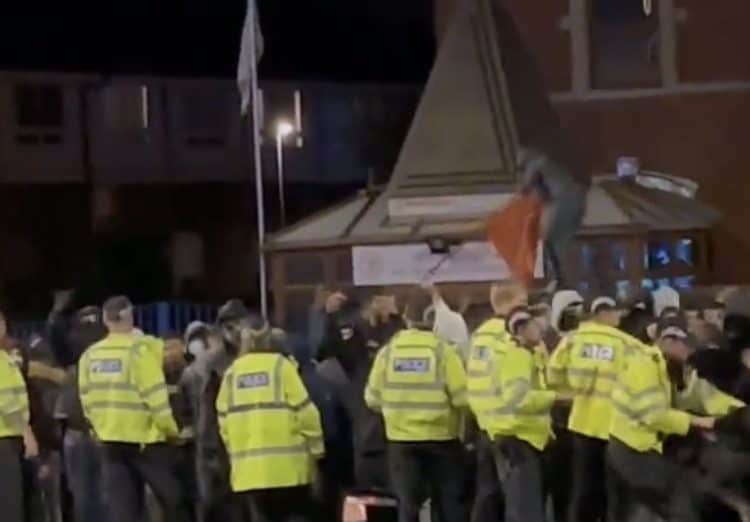 Tensions brewing between local religious communities in Leicester reached boiling point on Saturday night, after running battles featuring Hindu and Muslim groups broke out on the streets. Police initially struggled to quell the violence, but arrests were made at the scene.

What caused the unrest in Leicester?

In the early hours of Sunday, law enforcement officials managed to restore calm to the area. But directives are now in place to ensure this disorder doesn’t resurface again any time soon. Chief Constable Rob Nixon has called for calm in the affected region:

“Chief Officers have held a planning meeting this morning to finalise the next steps of today’s policing operation. We are continuing to call for dialogue and calm with support from local community leaders.” | Rob Nixon

WATCH: Violent clashes on the streets of Leicester

Piecing together what sparked this unrest isn’t straightforward. Each side of the community has its own view, and police have been reluctant to issue a definitive explanation for these small-scale riots. However, the visuals reaching us from Leicester are highly unsettling:

An official statement from Leicester police revealed that they are taking steps to discipline a suspect who was seen vandalising a Hindu Temple on Melton Road. It’s understood that religion is a major motivating factor for the unrest…

“Parts of East Leicester experienced serious disordered on Saturday evening. Large crowds formed, after groups of young men began an unplanned protest. Several incidents of violence and damage have been reported to the police, who are now investigating further.”

We’re also aware of a video which shows a man pulling down a flag outside a religious building on Melton Road. Two arrests were made, and the suspects remain in custody. We won’t tolerate violence or disorder, and a significant police operation is in place.” | Leicestershire Police