“It’s just that there’s a couple of things that James Cleverly said about emissions and about the economy and when they’ve been said in the House of Commons they’ve been challenged by Peter Stefanovic so I’d just like to point you in that direction online," ITV's Good Morning Britain presenter said. 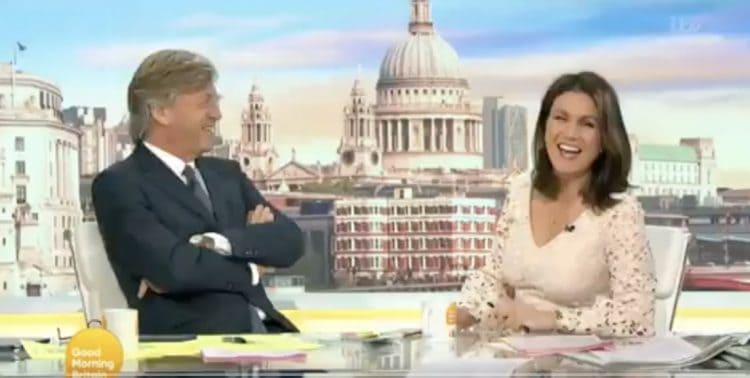 After James Cleverly commented on lorry driver shortages, the energy industry and cuts to Universal Credit, Reid suggested she does not believe some of the claims he made.

She said on Good Morning Britain: “Just on a couple of things that James Cleverly said there, there’s a very interesting video by Peter Stefanovic which we have featured actually and you can watch that online.

“It’s just that there’s a couple of things that James Cleverly said about emissions and about the economy and when they’ve been said in the House of Commons they’ve been challenged by Peter Stefanovic so I’d just like to point you in that direction online.”

The video, made by lawyer and filmmaker Peter Stefanovic, challenges claims Boris Johnson has made in Parliament and has obtained 35.5 million views over the past year.

It fact checks government claims against its records on issues such as carbon emissions, economic growth and NHS spending.

In the clip, Johnson can be heard telling Parliament that the Tories “cut carbon emissions in the UK since 2010 on 1990 levels by 42 per cent”, labelling it an “astonishing achievement”.

Stefanovic also challenged the prime minister’s claim that under his government, the economy has “grown by 73 per cent”.

Earlier this month, Dawn Butler urged people to call on their MP to help stop politicians from lying in the House of Commons.

The Brent Central MP tabled an Early Day Motion calling for MPs to have power over the Ministerial Code, which holds ministers to account and prevents them from lying in Parliament.

Butler now wants constituents to email their MPs to sign the motion, “because if we care about what our job is as an MP, then we should care that our ministers do not lie when they address the Chamber”.

Constituents can find out who their MP is at theyworkforyou.com and see a template email at dawnbutler.org.uk.It comes after, in July, Butler was ordered to leave the Parliament after repeatedly claiming prime minister Boris Johnson has lied to the “House and the country”.

Related: Dawn Butler calls on public to back motion that would stop ministers lying to Parliament