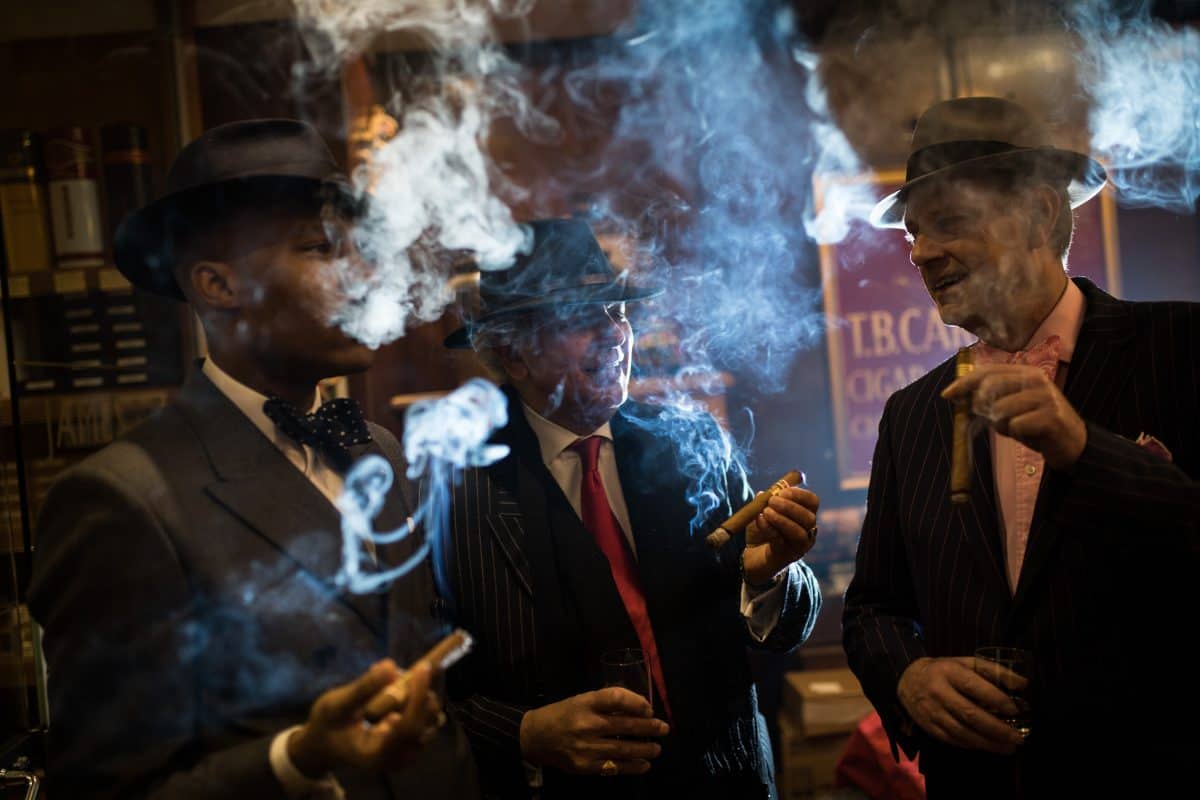 It triggers changes in the heart’s electrical activity, known as cardiac alternans, that can predict cardiac arrhythmia and sudden cardiac death.

“it is estimated that about 35 per cent of nonsmokers were exposed to second hand smoke worldwide in 2004.

“Approximately 63 per cent of deaths associated with second hand smoke exposure are attributed to cardiovascular disease, including sudden cardiac death, which is often due to ventricular arrhythmias.

“Epidemiological evidence suggests that a majority of deaths attributed to secondhand smoke exposure are cardiovascular related.”

Unlike previous research, the study by the University of California Davis Health was the first to examine cellular changes in heart tissue in response to ambient tobacco smoke.

It also focused on the Arrhythmias heart condition other than coronary artery disease (CAD), or plaque buildup and vessel hardening associated with lifestyle and age.

More than two million people in the UK suffer from Arrhythmias, a condition where the heart has an irregular rhythm.

Professor Ripplinger explained: “the link between second-hand tobacco smoke and CAD is well established, however there is little-to-no research on how it influences cellular changes associated with arrhythmia, which may affect individuals with or without CAD.”

Tests on mice found their susceptibility to developing a precursor for severe ventricular arrhythmias – which can cause sudden death – increased when exposed to second hand smoke.

But the effect was only seen on rodents who had been regularly exposed to the tobacco for 12 weeks and not for those who got four and eight-week doses.

“In this study, we showed that second hand smoke exposure at levels relevant to social situations in humans increased the susceptibility to cardiac alternans, a known precursor for severe ventricular arrhythmias, including Ventricular Tachycardia (VT) and Ventricular Fibrillation (VF).”

VT and VF types can be fatal and are when the heart beats too fast and when it quivers instead of pumping blood, respectively.

The effect, however, was not statistically significant in mice at four and eight weeks of exposure and was only seen after 12 weeks.

Prof Ripplinger said: “to our knowledge, the impact of second hand smoke on cardiac electrophysiology, Ca2þ handling, and arrhythmia risk has not been studied.

“Therefore, the goal of this study was to expose mice to an environmentally relevant concentration of second hand smoke, and determine the time-dependent impact of exposure on cardiac electrophysiology, Ca2+ handling, and the susceptibility to arrhythmogenic activity.”

She added: “The present study revealed that long-term exposure to an environmentally relevant concentration of second hand smoke can increase the susceptibility to cardiac alternans in mice.

“This arrhythmogenic effect was not statistically significant at four or eight weeks of exposure but emerged more strongly after 12 weeks.”

Prof Ripplinger said this indicated a threshold was reached between eight and 12 weeks of exposure of second hand smoke where the biological mechanisms in heart muscle were damaged.

The tests on the mice showed second hand smoke affected the heart’s use of Calcium ions to create electrical signals that cause it to contract and pump blood.

They also showed that the time it took for an electrical voltage to be created for a single contraction increased significantly due to second hand smoke – known as action potential duration.

Prof Ripplinger concluded: “The high incidence of cardiac alternans is particularly concerning because we know that patients with this condition are at significantly higher risk for arrhythmias and sudden cardiac death.

“Better understanding of this underlying pathology and determining whether these changes are reversible if exposure stops are important areas for future study.”

The study has been published in Environmental Health Perspectives.