A Spanish woman who fell to her death at a notorious suicide spot feared she was going to be kicked out of Britain because of BREXIT, an inquest heard. Miriam Macarron’Arroyo, 42, was found in the Avon Gorge on January 10, four days after she was reported missing. The care worker’s housemate Claire Tidman told […] 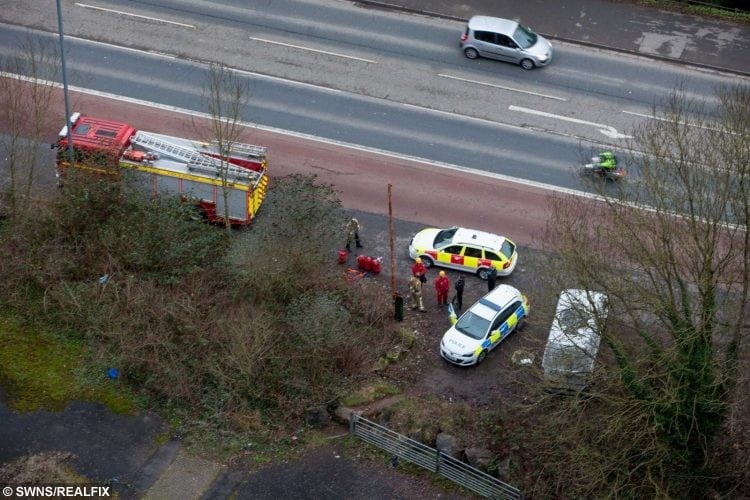 A Spanish woman who fell to her death at a notorious suicide spot feared she was going to be kicked out of Britain because of BREXIT, an inquest heard.

Miriam Macarron’Arroyo, 42, was found in the Avon Gorge on January 10, four days after she was reported missing.

The care worker’s housemate Claire Tidman told an inquest that she feared she would be forced to leave her home in Easton, Bristol and sent back to Spain.

She said Miriam, who had a passionate interest in politics, was “worried about Brexit and believed she would be deported one day as a result”.

Friend Yoko Earley added: “I was of the opinion she became depressed because of Brexit, the lack of family ties and her job, which she hated because of her health.”

Avon Coroner’s Court was told that Miriam was troubled by work problems at the time of her death.

She also had a lack of close family ties apart from with her mother, who lived in Madrid, and had been receiving letters relating to tax arrears, it was said.

Miriam’s GP, Dr Victoria Bowler, of Eastville Medical Practice, told the inquest about medical records of depression, which she battled for much of her life.

The Spanish national, who joined the practice in 2012, previously attempted suicide and also had a diagnosis of fibromyalgia, a chronic pain illness, dating back to 2003.

Miriam’s friend Eleanour Jones, said when she last saw her on Christmas Eve it was “the lowest I had ever seen her”.

She added: “Miriam was one of the most caring people I have met.

“She was able to sympathise with people and their problems. It was a source of frustration to her that other people didn’t empathise with her own.”

Assistant coroner Myfanwy Buckeridge ruled that despite Miriam’s history of depression, there was no “conclusive evidence” she intended to take her own life.

A post-mortem found traces of the prescription drug diazepam but these were “within the therapeutic range”.

Ms Buckeridge said: “I have no evidence before me as to how Miriam came to be in Avon Gorge with multiple injuries.

“On the balance of probabilities I consider that was probably due to a fall, but I have no conclusive evidence that she intended to take her own life.

“I cannot rule out the fact that this may have been a tragic accident or that something she intended to do somehow went astray.”

The coroner recorded a narrative verdict.