Ever since details started emerging of Theresa May’s Brexit deal, the enemies in her party started briefing that it was only a matter of time before she would be thrown under a bus. For two night in a row she has made a defiant statement to the press, last night insisting to journalists, many of […] 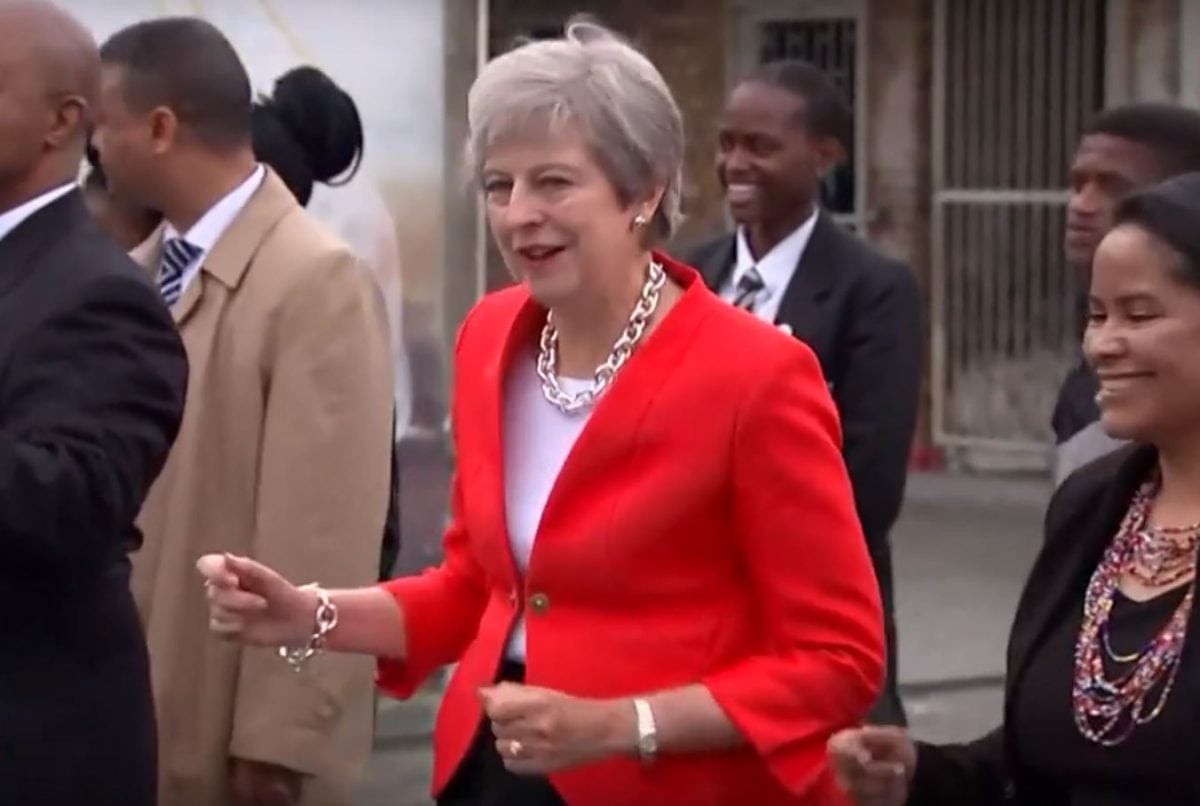 Ever since details started emerging of Theresa May’s Brexit deal, the enemies in her party started briefing that it was only a matter of time before she would be thrown under a bus.

For two night in a row she has made a defiant statement to the press, last night insisting to journalists, many of whom had turned up expecting a resignation, that she was “not in denial” about the prospects of getting her Brexit deal through parliament.

Despite a heated cabinet meeting and today cajoling her MPs the maths just doesn’t add up, with Labour, the SNP, the Lib Dems and DUP all explaining why the deal would be a disaster. Pro-remain and hard Brexit Tory MPs are united on this too.

On Wednesday and Thursday Tories were briefing LBC and the BBC that Theresa May would be made to walk the gangplank within days if she did not resign or change her Brexit course.

A vote of confidence in her leadership can be called if 48 Tory MPs send letters to Sir Graham Brady, the chairman of the 1922 Committee of Conservative backbenchers.

BBC Political editor Laura Kuenssberg announced on Twitter that a senior Tory MP told her that the Tory 1922 committee could have the 48 letters needed to trigger a vote of no confidence as early as Thursday.

Ms Kuenssberg said: “Senior Tory tells me Brexiteer anger so high that seems likely there will be a call for no-confidence vote tomorrow – letters going in.

Then today as the United Nations Rapporteur into Extreme Poverty and Human Rights delivered a devastating verdict of his investigation into the needless devastation that politically motivated austerity had caused on Britain leaving almost 1 in 2 children in poverty, rumours swirled overshadowing the devatsting verdict on Tory government.

Reuters reported a senior Conservative who hads never been wrong saying that enough letters to demand Theresa May faces a vote of no confidence had been handed into the 1922 committee.

Tory Whips had been put on notice to cancel all engagements, leaving everyone anticipating the announcement that with just weeks until Britain faces its greatest crisis in decades with a possible No Deal Brexit, Conservative MPs were ready to throw their leader under the bus.

At the time of writing this 20 Tory MPs have gone public about handing letters in to depose their Prime Minister, with ERG leader Jacob Rees-Mogg the most vocal. Of course there may be many more private letters.

But with many speculating that former Bexit Minister Steve Baker is the source of many of these rumours that there are over 48 letters now, there may be a bit of backtracking going on.

The troublemaker who resigned from his role as Brexit Minister– one of the 17 ministers Theresa May’s strong and stable government was this week labelled a “preening Tory saboteur” by the Daily Mail along with Jacob Rees-Mogg and Boris Johnson who previously had the ear of the right wing newspaper.

Baker, mobbed by journalists today still insists that there are enough letters in to unseat his leader.

And when challened by Sky News about who the troublemaker would want to replace his leader, Baker suggested the party might even want to “draw lots” so long as the leader was a Brexiteer:

“What we would need to do is identify the plausible candidates, we need to stick them in a room and say ‘let’s not repeat the mistake of last time’, decide amongst yourselves – even if you have to draw lots – which one of you is our candidate as a Brexiteer.”

Though he was also briefing that the sinister hardline Brexiteer ERG group would not support anybody like Michael Gove in a leadership contest if they had not resigned from the cabinet in protest at Theresa May.