Jacob Rees-Mogg has handed in a letter of no-confidence to Sir Graham Brady, chairman of the 1922 Committee. The prominent Brexiter told said Theresa May’s Brexit deal “has turned out to be worse than anticipated and fails to meet the promises given to the nation by the Prime Minister”. The letter follows up on a […]

Jacob Rees-Mogg has handed in a letter of no-confidence to Sir Graham Brady, chairman of the 1922 Committee.

The prominent Brexiter told said Theresa May’s Brexit deal “has turned out to be worse than anticipated and fails to meet the promises given to the nation by the Prime Minister”.

It suggests a wide-scale backlash may be on its way and it could be the beginning of the end for Theresa May. 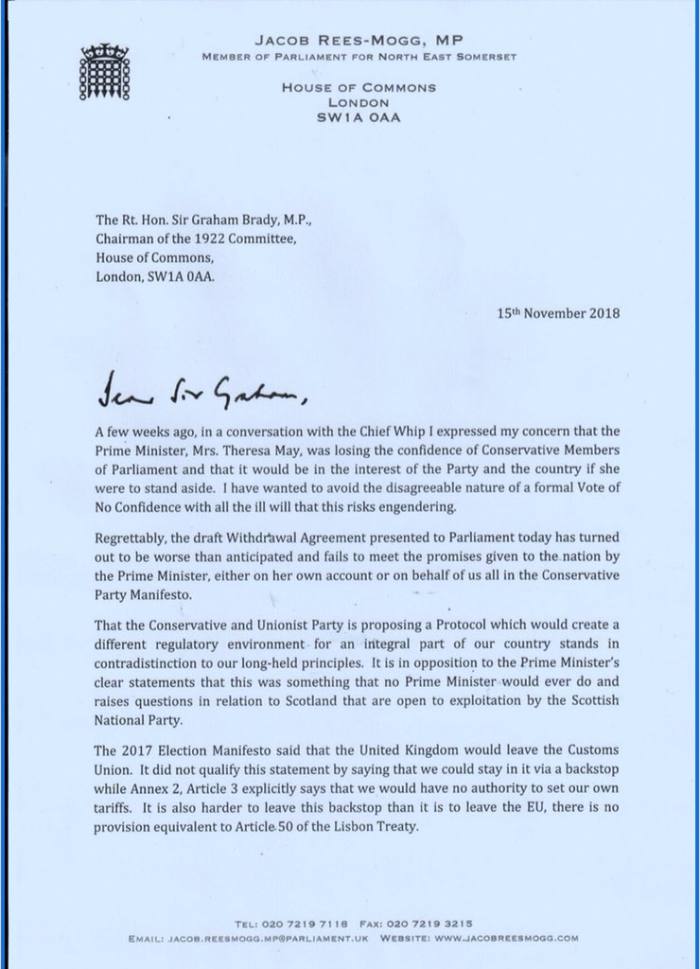 A vote of confidence in her leadership can be called if 48 Tory MPs send letters to Sir Graham Brady.

“She’s lost the trust of the parliamentary party. It’snot just Brexiteers. The point is that for so many months she has obfuscated all the details of what, in secret, she has been negotiating with Olly Robbins and others with the European Union.”

This is a breaking news story. More to follow.