Tensions in the Tory party grew when it emerged that deputy EU negotiator Sabine Weyand had explained to ambassadors that Theresa May's deal will mean the UK aligns its rules with European rules, while the EU "will retain all the controls". 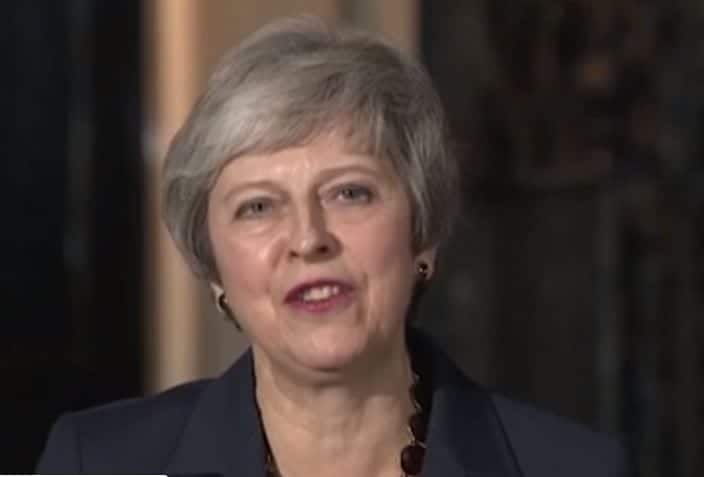 Theresa May could be facing a vote of no confidence from her own party as early as tomorrow.

Tonight, press were briefed that there would be a statement by the PM outside Downing Street at 5pm, then that it was cancelled, before Theresa finally emerged after a marathon cabinet meeting just after 7 to announce cabinet agreement on her draft terms of Brexit.

Though there have not been any cabinet resignations yet, it was not a unanimous decision.

“I firmly believe that the draft withdrawal agreement was the best that could be negotiated,” the Prime Minister told the press waiting outside in the cold, though she conceded:

“When you strip away the detail the choice before us is clear. This deal, which delivers on the result of the referendum, which brings back control of our money, laws and borders, end free movement, protects jobs, security and our union – or leave with no deal. Or no Brexit at all.”

However at the same time Tory MPs were announcing an unwillingness to back a draft Brexit agreement in parliament which could leave the UK bound into a Customs Union permanently, only with no seat at the EU table if any further solution isn’t negotiated by 2020.

A vote of confidence in her leadership can be called if 48 Tory MPs send letters to Sir Graham Brady, the chairman of the 1922 Committee of Conservative backbenchers.

“She’s lost the trust of the parliamentary party. It’snot just Brexiteers. The point is that for so many months she has obfuscated all the details of what, in secret, she has been negotiating with Olly Robbins and others with the European Union.”

BBC Political editor Laura Kuenssberg announced on Twitter that a senior Tory MP told her that the Tory 1922 committee could have the 48 letters needed to trigger a vote of no confidence as early as Thursday.

Ms Kuenssberg said: “Senior Tory tells me Brexiteer anger so high that seems likely there will be a call for no-confidence vote tomorrow – letters going in.

“One source suggests if she can’t carry Cabinet that’s a ‘polite no confidence vote’ right there – still no word from inside. Don’t forget there are lots of tories who just want this over with and who want to back the PM to get Brexit out of the way – but they might not be able to restrain their colleagues who want her out of the way instead.”

At PMQ’s today Jeremy Corbyn demanded that Theresa May should offer parliament more than a choice between her “botched Brexit and a “no deal” Brexit.

But the Prime Minister also drew harsh criticism from Brexiteer MP Peter Bone – who had previously called for a statue to be erected for his party leader for taking the UK out of the EU.

Today he told his Prime Minister: “if media reports about the EU agreement are in any way accurate, you are not delivering on the Brexit people voted for and today you will lose the support of many Conservative MPs and millions of voters around the country,” – echoing the views of many Tory MPs.

Tensions in the Tory party grew  when it emerged that deputy EU negotiator Sabine Weyand had explained to ambassadors that Theresa May’s deal will mean the UK aligns its rules with European rules, while the EU “will retain all the controls”.

Head of the hardline ERG Jacob Rees-Mogg called on Tory MPs to vote against Theresa May’s deal tonight as “the proposed agreement would see the UK hand the EU £39 billion for little or nothing in return,” leaving the UK bound by “EU rules” and “weakening the union” of the United Kingdom by treating Northern Ireland differently with effective membership of the Single Market – something Scotland would want too.

Brexiteer Tory MP Andrew Bridgen said: “This isn’t Brexit, it’s not even close to Brexit. – If it were darts, it’s not missing the board, this is not even the right wall.”