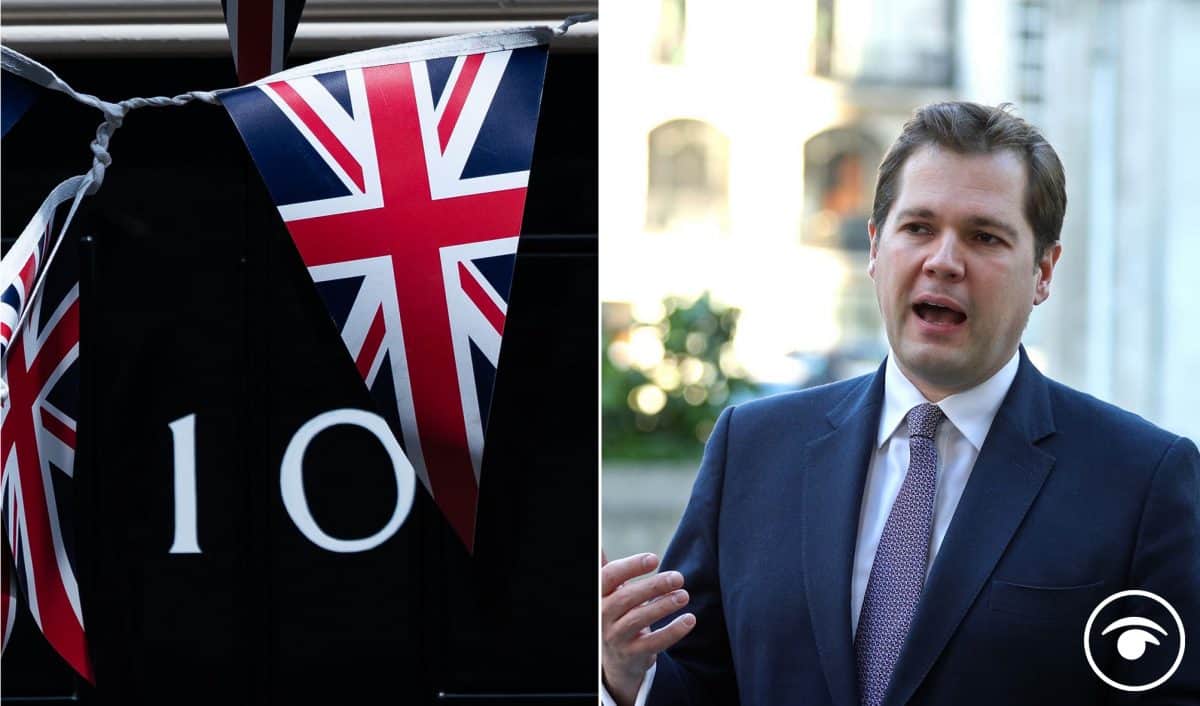 It is a rarity for a Tory politician to appear on TV without a number of Union Jacks in the background to emphasise that they do what they are told by the party machine.

Is being told to be patriotic actually patriotic ? You decide.

Well today Robert Jenrick was doing the rounds on TV. He appeared on BBC breakfast and was asked by Charlie Stayt about the size of his flag, which seemed small compared to other recent guests.

Mr Jenrick also told Sky News this morning that the comments made by the President of the European Commission were not ‘at all helpful’.

He said: ‘I was surprised and disappointed by those comments but the Prime Minister had spoken earlier in the year to Ursula von der Leyen and she gave a very clear commitment which was that the EU would not engage in this sort of activity, that contractual responsibilities would be honoured and that is exactly what we intend to do and I hope and expect the EU to stick to their side of the bargain as well.

‘It isn’t at all helpful if we enter into this sort of conversation. That is not the way the UK is behaving or wants to behave in the future.

‘We all need to work together to get through this. Supplies of vaccines rely on very complex international manufacturing supply chains as we have just said and so everybody needs to have free trade of vaccines and not get into this sort of difficulty.’

Stayt said “Robert Jenrick, your flag is just a little bit small.” Co-presenter Naga Munchetty laughs at the comment and Jenrick has no come back.

Good on Charlie Stayt. Who has a Union flag & picture of the Queen their living room (apart from Matt Hancock)

OMG!!! ? watch as Charlie Stayt absolutely annihilates Tory minister over the size of his flag??? pic.twitter.com/GYZpm7Ju0y

Give Charlie Stayt a Television Journalism Award for this beautiful moment with Robert Jenrick ?? @TVNaga01 held it together… just.
? Yes #BBCBreakfast pic.twitter.com/kvwZHPj8gi

Current obsession with putting Union flags everywhere just highlights fragility. Who needs a flag in every room to remind them of their nationality or to illicit a sense of pride? So OBVIOUSLY to try & keep up with the gang, like taking River Island carrier bag to school in 90’s.

Related: Robert Jenrick a lamb to the slaughter on GMB as he tries to defend PM’s comments