The housing secretary was back on the show after a six month hiatus. 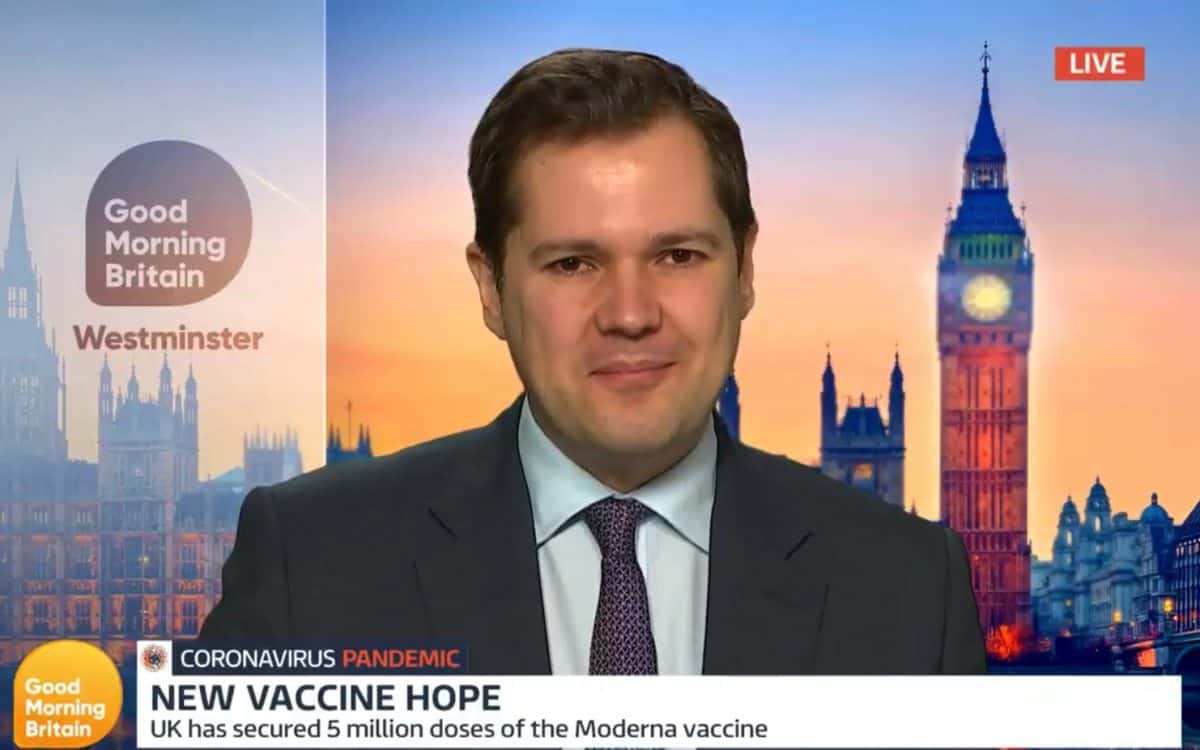 Robert Jenrick was like a lamb to the slaughter on Good Morning Britain as he stepped in to defend comments from his boss on Scottish devolution.

The housing secretary appeared on the show for the first time in six months after a government boycott was put in place by Dominic Cummings and Lee Cain.

Making an appearance yesterday Matt Hancock was asked: “Given that we live in a democracy, where the hell have you all been?”

Questions which were also put to Jenrick, to which he replied: “It’s been widely reported there’s been some changes in government over the past few days and the decision has been made to come back on your show and I’m pleased to be here.”

‘There have been some changes in govt over the last few days and the decision has been made to be back on your show.’

Boris Johnson comments on devolution caused outrage today after he told MPs it had been a “disaster north of the border.”

SNP leader Nicola Sturgeon has criticised the PM after he told colleagues on Monday that devolution had been “Tony Blair’s biggest mistake”, and Piers was quick to seek clarification on the matter from Jenrick asking him why he would make such “incendiary” comments.

Piers Morgan – Boris Johnson has called devolution a disaster… why would the UK Prime Minister say such an incendiary thing?

Piers Morgan – There were 60 Tory MPs on the call!#GMB pic.twitter.com/RNVlzKu7aj

The housing secretary clarified the remarks, saying Johnson is a fan of devolution but troubled by the rise of nationalism and separatism in the form of Nicola Sturgeon and the SNP, arguments he had made earlier in the day with Kay Burley.

#KayBurley – Is devolution a disaster?

Robert Jenrick – No. Boris Johnson has always supported devolution… but he is very troubled by the rise of nationalism & separatism in the form of Nicola Sturgeon & the SNP… devolution has been misused by the SNP… pic.twitter.com/gh0Cq12A95

He was also challenged on vaccination and Grenfell Tower cladding, which is his area of responsibility.

Piers said: “This is on your watch. My number one priority if I was the housing secretary would be to ensure another Grenfell happened again.”