The home secretary said Johnson's comments were "appalling" and "unacceptable". 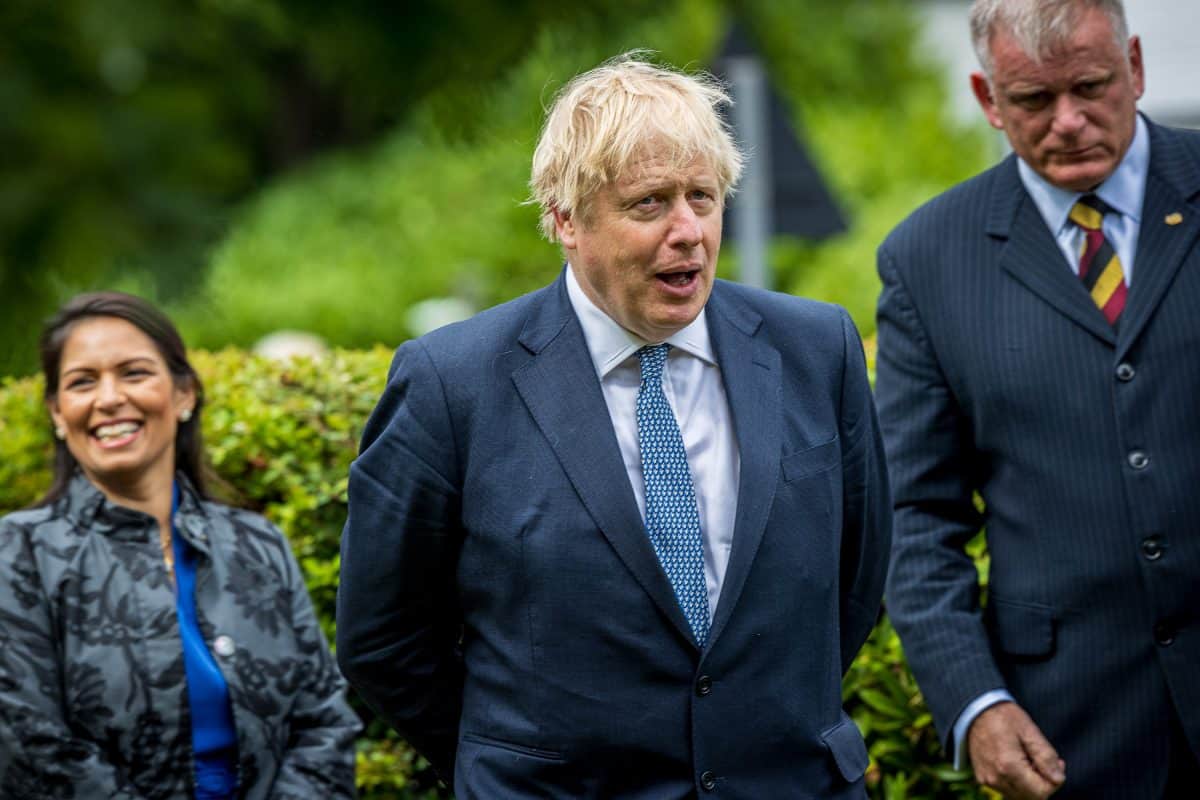 A sexist comment made by Boris Johnson is “appalling” and “unacceptable”, Priti Patel – the home secretary – said on Wednesday night.

Apparently unaware that it was the prime minister who had made the remarks – in reference to his former boss, Kimberly Quinn – Patel condemned the comment that the best way to manage a female colleague is to “pat her on the bottom and send her on her way”.

Appearing on ITV’s Peston programme, she said: “I would not accept that at all. It’s fair to say that I would say… if that ever happens that is just simply unacceptable. That is simply not respectful, it’s appalling.”

Presenter Robert Peston then revealed that the words were said by Boris Johnson when he left his job at The Spectator – but Patel stood by her previous words, and insisted she does not accept derogatory comments.

“I’m not the type of person, I think it’s pretty well known, to sort of sit back and accept you know really quite disparaging and derogatory remarks,” she said. “I myself have been subject to things of that nature in the past, and I just don’t think that’s acceptable. I would speak out against that.”

.@Peston asked @pritipatel how she would respond if a male colleague said the best way to deal with her was to “pat her on her bottom and send her on her way”.

Watch what happened next. #Peston pic.twitter.com/6q4LrH5NKo

Johnson has acknowledged the need for cultural change in the way women are treated in the wake of Sarah Everard’s death, but some were quick to point out that the prime minister has been criticised in the past for making a litany of misogynistic comments.

– Said women only go to uni "to find men to marry"
– Wrote a column about the "hot totty" at Labour conference.
– Said voting Tory "will cause your wife to have bigger breasts."