The previous record number of cases, was the 93,045 seen last Friday. Highest number of infections seen during last winter’s wave was 68,053. 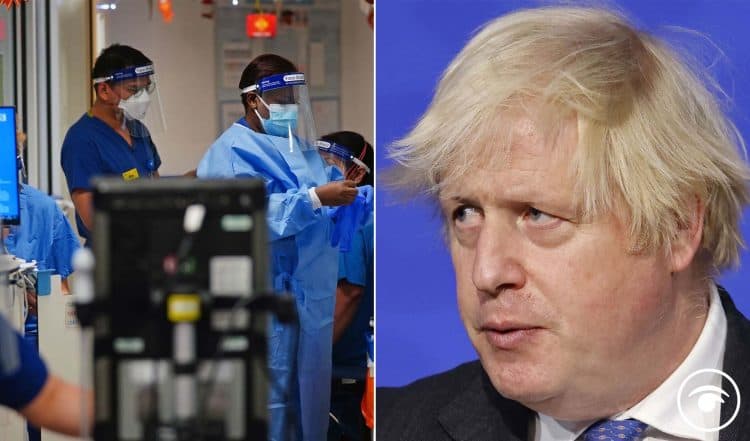 The UK has reported over 100,000 Covid cases in a single day for the first time since the pandemic began.

Today’s figure of 106,122 infections is the highest ever, however mess testing wasn’t occurring.

The previous record number of cases, the 93,045 seen last Friday.

The highest number of infections seen during last winter’s Alpha wave was 68,053 on January 8.

There were another 140 deaths in the latest 24-hour period, bringing the seven day total to 783.

It comes as Boris Johnson has been urged to outline his post-Christmas Covid strategy, as Wales became the latest part of the UK to outline a tightening of restrictions.

The Prime Minister has reassured people that no further curbs will be introduced in England before December 25, given there is not enough evidence on the severity of the Omicron variant and hospital admission to justify stricter measures.

With the situation constantly being reviewed, Health Secretary Sajid Javid advised everyone to “remain cautious” while his ministerial colleague Gillian Keegan warned there is “uncertainty” around people making new year’s eve plans.

But in Wales, First Minister Mark Drakeford has announced new measures to be introduced from 6am on Boxing Day and claimed Mr Johnson and his Cabinet are “paralysed by their internal divisions”.

Elsewhere, a new formulation of the Pfizer/BioNTech coronavirus vaccine has been approved for use in children aged five to 11.

The Joint Committee on Vaccination and Immunisation (JCVI) is advising that children aged five to 11, who are in a clinical risk group, or who are a household contact of someone (of any age) who is immunosuppressed, should be offered a primary course of vaccination.

New figures also show a record 968,665 booster and third doses of Covid-19 vaccine were also reported in the UK on Tuesday.