'She removed herself from a situation she wasn’t comfortable with, just like you did when the weatherman shouted at you babes ,' tweeted one user. 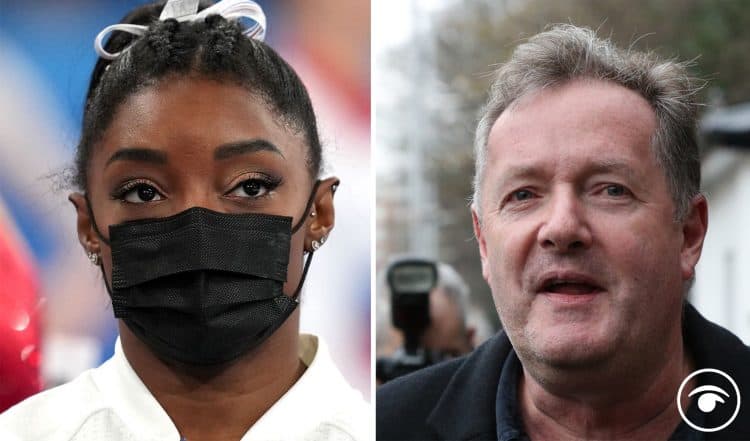 The 24-year-old pulled out after one rotation of the women’s team final on Tuesday in Tokyo, citing mental health concerns.

She said: “After the performance I did, I just didn’t want to go on.

“We have to protect our minds and our bodies and not just go out and do what the world wants us to do.

Weight of the world

“I don’t trust myself as much anymore. Maybe it’s getting older. There were a couple of days when everybody tweets you and you feel the weight of the world.”

She added: “We’re not just athletes. We’re people at the end of the day and sometimes you just have to step back.

“I didn’t want to go out and do something stupid and get hurt. ​I feel like a lot of athletes speaking up has really helped.

“It’s so big, it’s the Olympic Games. At the end of the day, we don’t want to be carried out of there on a stretcher.”

After further medical evaluation, Simone Biles has withdrawn from the final individual all-around competition. We wholeheartedly support Simone’s decision and applaud her bravery in prioritizing her well-being. Her courage shows, yet again, why she is a role model for so many. pic.twitter.com/6ILdtSQF7o