Dido Harding's plans to reduce the reliance on foreign workers in the NHS have sparked outrage on social media. 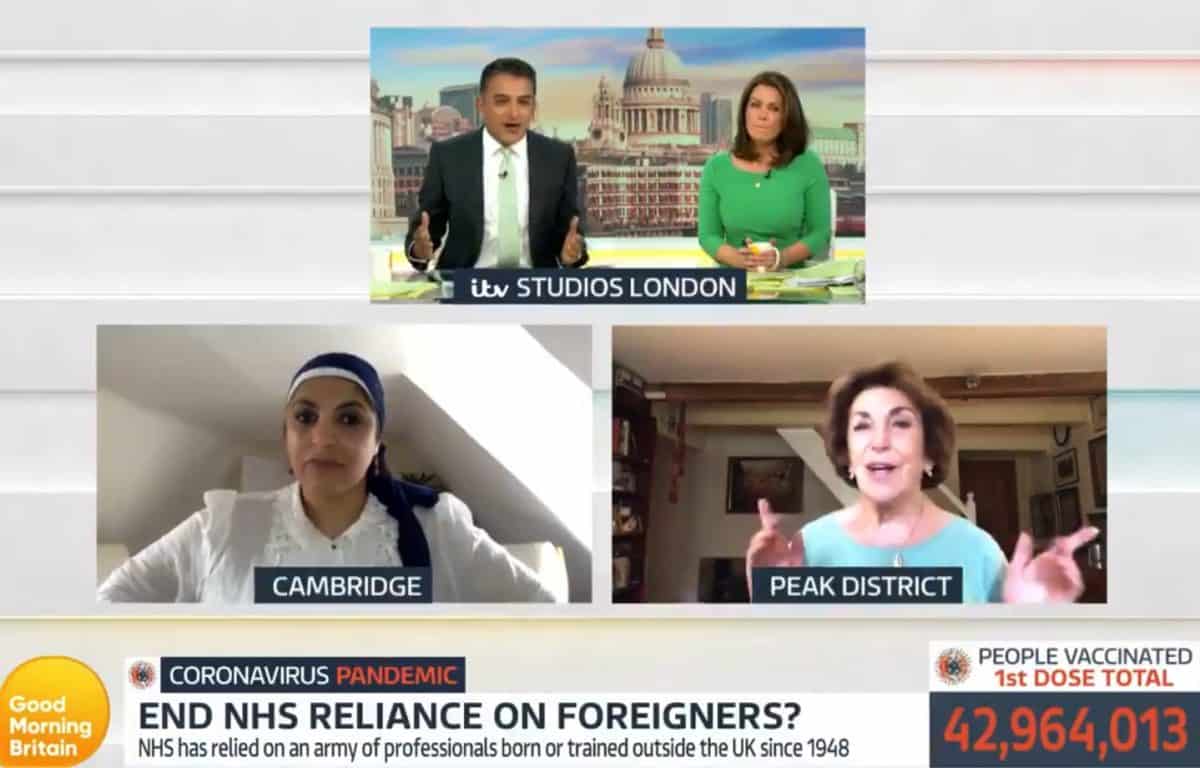 This weekend it was revealed that Dido Harding plans to end the reliance on foreign doctors and nurses if she becomes the next head of the health service.

Baroness Harding of Winscome – the former head of the much-maligned Test and Trace service – formally applied to succeed Sir Simon Stevens atop the NHS last week.

If successful, the Tory peer will become chief executive of Europe’s biggest employer, with a budget of more than £150 billion and a waiting list of anxious patients awaiting treatment and surgery which stands at around five million.

14 per cent of the workforce

Harding has charted NHS Improvement since 2017 and is close to ministers – but her leadership of the government’s testing programme has been harshly criticised as ineffective and wasteful, The Sunday Times reported.

She reportedly plans to challenge the “prevailing orthodoxy” in government that it is better to import medical professionals from overseas. According to the House of Commons Library, 170,000 out of 1.3 million NHS staff say their nationality is not British – close to 14 per cent of the workforce.

Appearing on GMB this morning, Currie came out in favour of the plans, much to the annoyance of Ray, who said:

“127,000 people have died in the last year, many tens more thousand would have died if it wasn’t for migrant workers.

‘Migrant doctors have held up this country, have held up the NHS.’@adilray passionately asks @Edwina_Currie to clarify her comments during the debate about whether the NHS should end its reliance on foreign workers.