A man who puts ideology above all else is not a man who should be trusted. 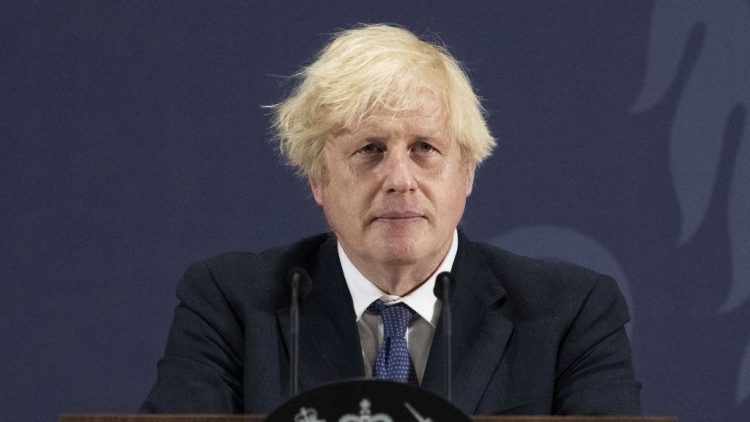 “Why would anyone trust Brexit Britain again?” Hanna Ziady of CNN Business asked this weekend amid speculation that, just seven months after singing its praises, Boris Johnson is attempting to rewrite the very deal he signed with the European Union.

Earlier in the week Kwasi Kwarteng, the business secretary, had suggested the Northern Ireland Protocol was not “written in stone”, saying it is “not something that was going to last forevermore.”

“A deal is a deal but it wasn’t something that was going to last forever,” he added, making out like this binding international agreement is some sort of pact between mates etched onto the back of a fag packet down the pub.

The agreement, which took four years and two prime ministers to hammer out, now seems to be malleable in the eyes of the British. It’s as if these last five years of ceaseless political mayhem – the painful late-night negotiations in Brussels, the prorogation of parliament and everything else besides – was all for nothing.

If it wasn’t all so serious it would almost be laughable. Half a decade on from the referendum, the Brexit circus rolls on.

The next few months will be bumpy for Britain, with grace periods coming to an end and the hard-fought agreements thrashed out between the two teams of negotiators finally coming into force at full tilt.

Legal action brought by the European Commission against the UK over the implementation – or lack thereof – of the post-Brexit deal on Northern Ireland has been paused in the hope that an amicable solution emerges. But as we have seen so far, when one side is driven by ideology rather instead of reality, such solutions are often hard to come by.

A Commission spokeswoman made it clear this week that the EU “will not renegotiate the Protocol”. But, she added, “we stand ready to address all the issues arising in the practical implementation of the Protocol in a spirit of good faith and cooperation. It is essential that we continue constructive discussions in the weeks ahead.”

Sound familiar? That’s because the same pause for reflection has accompanied this entire process, often entering the fray at times when the more unsavoury parts of the deal are set to be put in place.

For Boris, Brexit is ideological warfare. It’s about ‘taking back control’, getting stuff done and seeing Britain prosper free from the shackles of Brussels bureaucracy. A trade barrier in the Irish Sea doesn’t quite fit that narrative, which is why we have arrived at yet another impasse.

In the best-case scenario, this will translate to short-term pain for the UK after what has already been a turbulent year.

New processes, procedures and red tape will have to be shouldered, with the disruption that it entails adding fuel to the fire.

But what happens further down the line when the dust has settled?

For all the divisiveness around Britain’s split from the EU, few people have talked about arguably biggest consequence of the divorce: a gradual erosion of trust in the UK, just as it tries to ‘go global’.

Last year, when Johnson attempted to renege on his Brexit deal with an internal market bill that was in “clear breach of substantive provisions of the protocol”, reaction in Europe and elsewhere was particularly fierce.

Germany’s Süddeutsche Zeitung newspaper said what had happened in London “was simply not normal”, saying Johnson had “shaken the very foundations of British democracy.”

Britain’s word was once its bond, the paper said, “but once again, it is evident that this prime minister bends the law for his own ends. He puts his Brexit ideology above the law, just as he did a year ago when he illegally suspended parliament – and only the supreme court could stop him.”

France’sLibération adopted a similar line, writing: “In the space of four short years, the UK has grown from a prominent and respected member of the European Union to an isolated state, angry with its allies and closest trading neighbours – and watched by the world with disbelieving eyes.”

If Johnson moves to rip up his Brexit deal again then it will be seen as confirmation of what many around the world had already suspected: that Britain’s prime minister is a man who puts ideology above all else. And people who do that cannot be trusted.