“It’s completely unacceptable to see the same river being devastated by the same water company in the same location twice in 20 years." 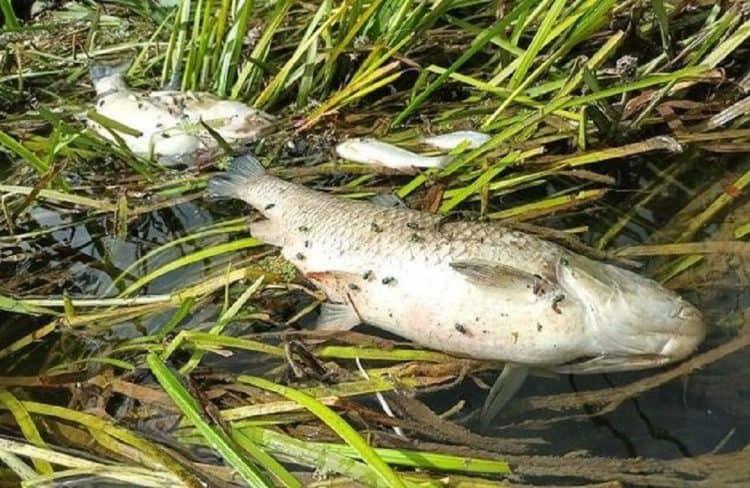 A sewage leak has killed off fish stocks along a three-mile stretch of a Thames tributary.

The incident, on the River Ray, happened over the weekend after a sewerage pipe burst near Swindon, Thames Water said.

The Angling Trust, which represents anglers and campaigns for fish conservation in England, has demanded Thames Water provide a “full explanation”.

In a statement, the trust said an initial investigation by the Environment Agency fisheries team suggested that there has been an almost total wipe-out of fish populations and other invertebrates in the bulk of the river.

More than 2,000 dead fish were counted in the sampling area, including large chub, pike and barbel, it added.

Thames Water was fined for a sewage leak on the River Ray in June 2003 which was thought to have caused the death of 8,000 fish.

Angling Trust head of policy Martin Salter said: “It’s completely unacceptable to see the same river being devastated by the same water company in the same location twice in 20 years.

“We have sought full incident reports from both Thames Water and the Environment Agency and have instructed solicitors to take whatever action is necessary to secure the funds to restore the river and its wildlife.

“This would be in addition to any criminal prosecutions which must surely follow such a serious pollution.”

A Thames Water spokesperson said: “Protecting the environment is fundamental to what we do and we are sad to say the pollution caused by a burst pipe near Hayden End sewer pumping station has caused the death of fish in the River Ray.

We are working with the Environment Agency to make sure the river returns back to normal as soon as we can.

“The broken sewer pipe has now been repaired and we will soon start to move our tankers, which were deployed so we could remove wastewater while we fixed the pipe, out of the area.

“The pollution from the burst reached as far as the confluence between the River Ray and the River Thames, and we have put aeration cannons into the water to reduce any impact of the pollution.

They have been carrying out further tests from the River Thames back to the source of the pollution so they can see how the river is recovering.”