August is the most booked month, followed by July and September. 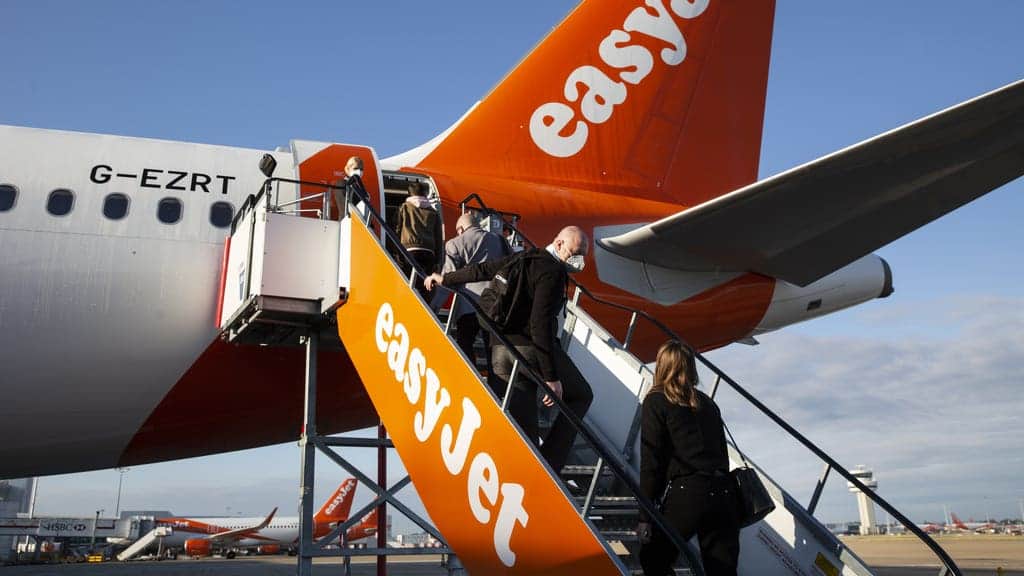 Airlines and travel firms are experiencing a surge in demand following Boris Johnson’s road map for how coronavirus restrictions will be eased.

The Prime Minister said on Monday that a Government taskforce will produce a report by April 12 recommending how international trips can resume for people in England.

Foreign holidays could be permitted from May 17.

In the hours after the announcement, easyJet said bookings by UK customers for the summer season were more than four times higher compared with the same period during the previous week.

The Luton-based firm’s holiday division saw an even larger rise, with demand up seven-fold.

The most popular destinations for this summer are beach resorts including Malaga, Alicante and Palma in Spain, Faro in Portugal and the Greek island of Crete.

August is the most booked month, followed by July and September.

EasyJet chief executive Johan Lundgren said: “We have consistently seen that there is pent-up demand for travel and this surge in bookings shows that this signal from the Government that it plans to reopen travel has been what UK consumers have been waiting for.

“The Prime Minister’s address has provided a much-needed boost in confidence for so many of our customers in the UK with demand for flights up 337% and holidays up 630% already compared to last week and beach destinations proving most popular for this summer.”

He added: “While the summer may be a little while off, we will be working around the clock to ensure we will be ready to ramp up our flights to reconnect friends and family or take them on a long-awaited holiday to remember.”

EasyJet insists that customers can “book with confidence” as it has a flexible policy for allowing changes to itineraries.

Online travel firm Thomas Cook said traffic to its website was up 60% during the three hours after Mr Johnson’s statement to the Commons.

Chief executive Alan French described the announcement as “good news for those of us desperate to get away on holiday”.