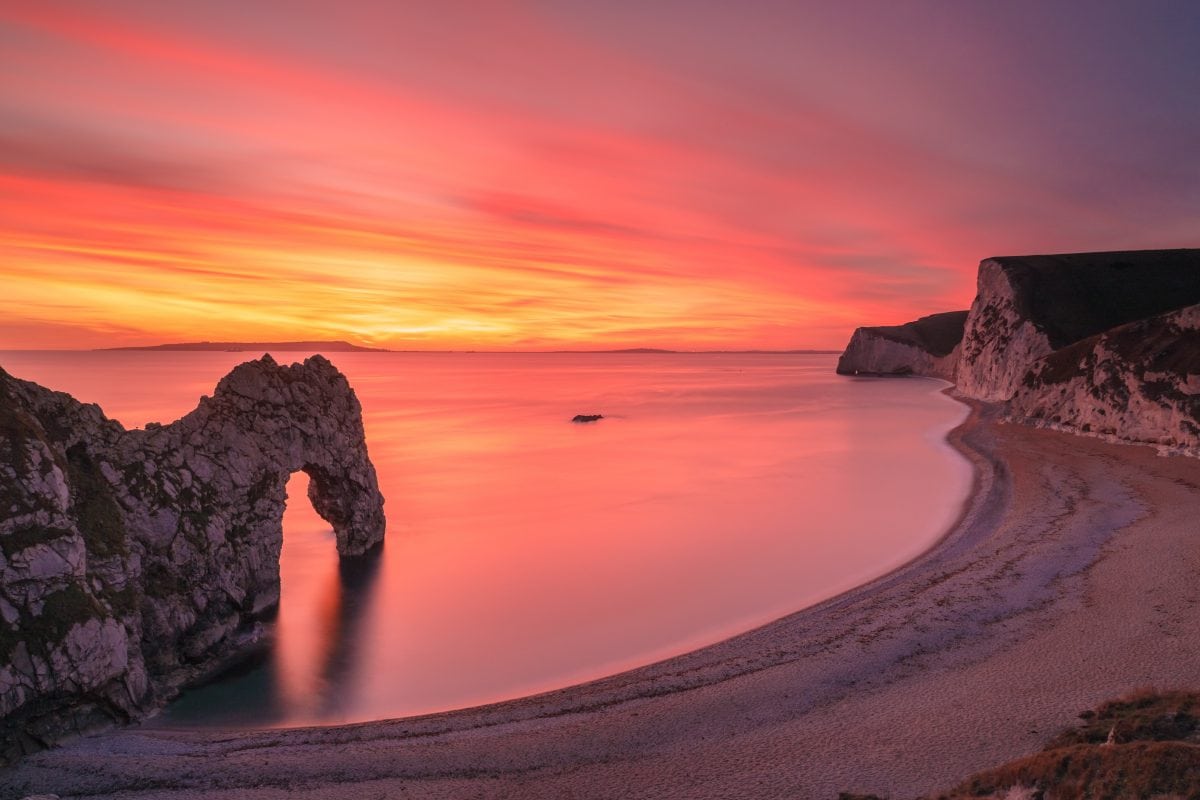 The Dorset countryside – forever associated with the novels of Thomas Hardy – has stood in for Mars as scientists hunt for life on the red planet.

By studying a stream on the Jurassic coast, experts have calculated how much organic matter we might find on Mars, and where to look.

When they applied their findings to the Red Planet, they concluded that there could be nearly 12,000 Olympic sized pools of organic matter on Mars that could represent traces of past life.

They say that because of the similarity of acidic streams in Dorset and on Mars, their findings hint that life might once have existed on the red planet.

Dorset is home to highly acidic sulphur streams that host bacteria which thrive in extreme conditions.

One such environment, in St Oswald’s Bay, near Durdle Door, mimics the conditions on Mars billions of years ago.

Researchers treated the landscape as a template for Mars and examined the organic matter preserved in rock deposits nearby.

The iron-rich mineral goethite transforms to hematite which is very common on Mars and gives the planet its red colour.

If the iron-rich minerals harbour traces of life on Earth, then scientists say they may hold clues to past microbial life on the Red Planet.

Their study found that goethite in St Oswald’s Bay hosted many microbes as well as traces of their fossilised organic remains.

The researchers applied the results to a Martian environment. 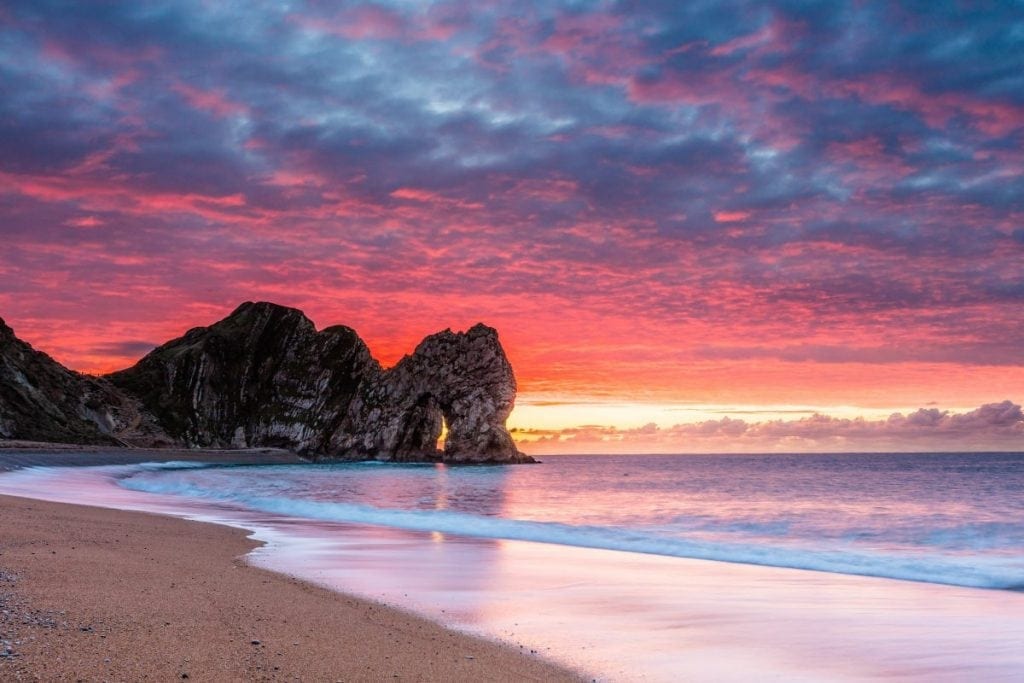 Based on how much rock is from acid environments on Mars, and assuming the concentration of fatty acids found in Martian sediments matches that of Earth, there might be up to 2.86×1010 kg of fatty acids preserved within Martin rock – equivalent to nearly 12,000 Olympic-size pools.

Previous missions to find traces of life have used heat to inspect rock for the presence of organic matter.

Scientists suspect the heat might have caused minerals to react with any organic matter, explaining why we haven’t yet found traces of life.

But heating goethite or hematite does not destroy any organic matter that’s there, meaning these minerals could be good life-search targets.

Co-author Professor Mark Sephton, of Imperial College, said: “Mars harboured water billions of years ago, meaning some form of life might have thrived there.

“If life existed before the water dried up, it would probably have left remains that are preserved to this day in Martian rock.

“However, we have yet to find convincing traces of organic matter that would indicate previous life on the Red Planet.”

“As the acid streams dry up, like during Mars’ ‘drying period’, they leave goethite minerals behind which preserve fatty acids that act as biological signatures.”

The researchers say that if traces of life are found on Mars, it will probably be in the form bacteria that can thrive in extreme environments – such as the acid streams on Earth.

They hope to programme the next life-searching mission to Mars, Mars 2020, to search for dried up streams and inspect the sediment for traces of fatty acids.

The work, published in the journal Scientific Reports, was funded by the UK Space Agency.