They targeted the Senate House which is over a thousand years old. 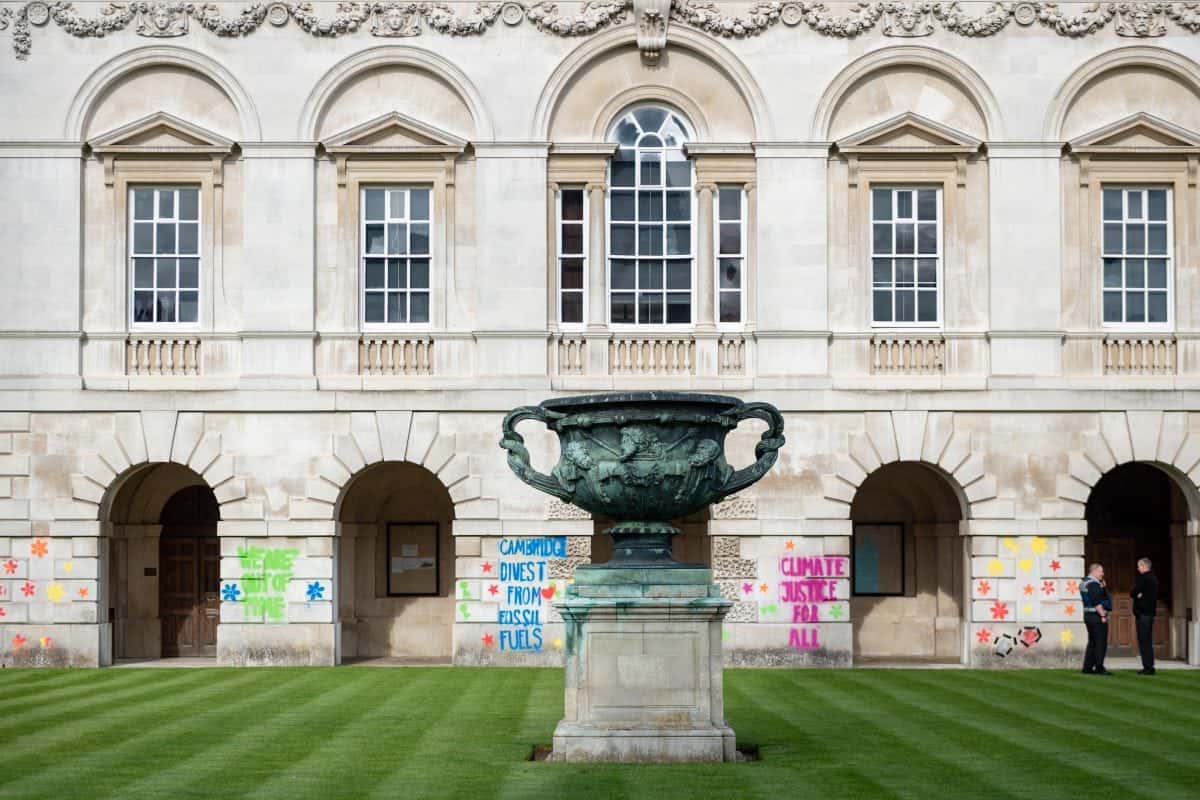 Student activists have targeted one of Cambridge University’s most iconic buildings and spray-painted its walls in a protest over fossil fuels.

Multi-coloured symbols and messages were scrawled on the stone-walls Cambridge University’s Senate House on Tuesday.

Around 30 campaigners from the Cambridge Zero Carbon Society conducted the protest, painting flowers and hearts, onto the building in bright hues.

A security guard quickly rushed to the scene and photographed the group of activists painting – moments later they left. A spokesperson for the Zero Carbon Society said: “We’re happy to wash this chalk off ourselves when the University stops investing in this destructive industry.”

The demonstration happened around 2pm yesterday where a group of university officials were also seen standing next to the art and photographing the walls.

The University’s central governing body is set to make a historic decision on whether it is going to work on pulling out its investments in fossil fuels.

These pro-divestment campaigners have continued a year long protest and are now approaching their final week. They are hoping the university will divest its funding from the fossil fuel company shareholdings.

A rally outside Senate House is also set to take place on the 21st May when the final decision is likely to be made.

Officials will make a decision based on a report which has been produced by the University of Cambridge Divestment Working Group. The group was made for advice on whether the University should divest – their report has already been presented to Council members last month.