Amputees can learn to control a robotic arm or leg… with the power of thought, say scientists. Electrodes implanted in the brain create new connections between neurons – even years after losing the limb, according to new research. The discovery offers hope to thousands of soldiers, accident victims or diabetes patients who have had limbs […] 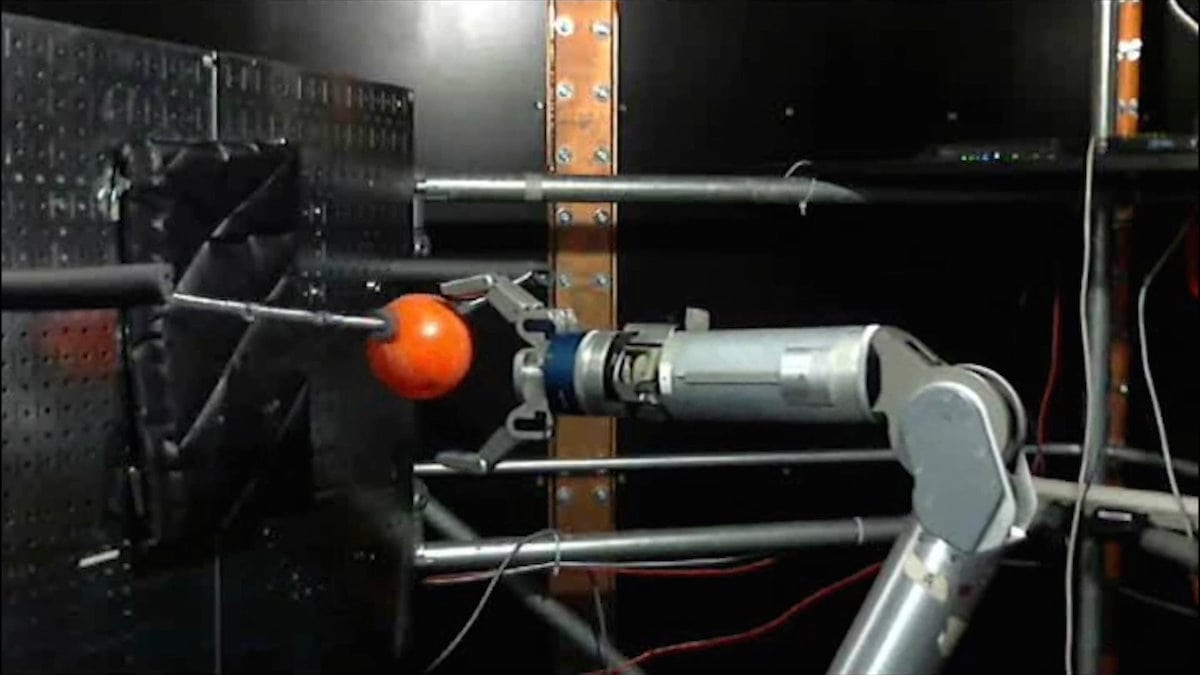 Amputees can learn to control a robotic arm or leg… with the power of thought, say scientists.

Electrodes implanted in the brain create new connections between neurons – even years after losing the limb, according to new research.

The discovery offers hope to thousands of soldiers, accident victims or diabetes patients who have had limbs amputated.

It would enable them to hold a cup of tea, or go for a walk unaided.

In the first experiments of their kind, rhesus monkeys were trained to use their mind alone to move a prosthetic arm, and grasp a ball.

Previous research has shown paralysed humans can move robotic limbs through a ‘mind machine’ that reads thoughts by linking their brain to a computer.

The latest study shows the viability of the devices for amputees.

Senior author Professor Nicho Hatsopoulos, of the University of Chicago, said they would be able to control a prosthetic with their mind.

Known as a brain-machine-interface, brainwaves are interpreted by a computer, which then controls the electrical stimulation of the robotic arm or leg.

The research published in Nature Communications details changes that take place in both sides of the brain used to control a prosthetic arm or leg and the remaining, intact one.

Neuroscientist Prof Hatsopoulos said each area creates new connections with which to move the device, even several years after an amputation.

He said: “That is the novel aspect to this study, seeing that chronic, long term amputees can learn to control a robotic limb.

“But what was also interesting was the brain’s plasticity over long term exposure, and seeing what happened to the connectivity of the network as they learned to control the device.”

His researchers worked with three rhesus monkeys who suffered injuries at a young age and had to have an arm amputated to rescue them four, nine and 10 years ago, respectively.

Their limbs were not amputated for the purposes of the study.

In two of the animals, tiny arrays of electrodes as thin as hairs were implanted in the the brain opposite, or contralateral, to the amputated limb, to read signals.

This is the side used to control the amputated limb.

In the third they were placed on the same, or ipsilateral, side that still controlled the intact one.

The monkeys were then trained, with generous helpings of fruit juice, to move the robotic arm and clutch a ball using just their thoughts.

The scientists recorded the activity of neurons where the electrodes were placed, and used a statistical model to calculate how they were connected to each other before the experiments, during training and once they mastered the activity.

The connections between neurons on the contralateral side, which had been controlling the amputated arm, were sparse before the training, most likely because they had not been used for that function in a long time.

But as training progressed, these connections became more robust and dense in areas used for both reaching and grasping.

On the ipsilateral side used for controlling the monkey’s intact arm the links were dense at the beginning of the experiments.

But as training progressed they were first pruned and thinned, before rebuilding into a new, dense network. This particularly interested the researchers.

Explained study leader Dr Karthikeyan Balasubramanian: “That means connections were shedding off as the animal was trying to learn a new task, because there is already a network controlling some other behaviour.

“But after a few days it started rebuilding into a new network that can control both the intact limb and the neuroprosthetic.”

The team is now planning to combine their findings with research by other groups to equip neuroprosthetic limbs with sensory feedback about touch and the sense of where the limb is located in space, known as ‘proprioception’.

Added Prof Hatsopoulos: “That is how we can begin to create truly responsive neuroprosthetic limbs, when people can both move it and get natural sensations through the brain machine interface.”